The Best Worst Christmas Ever 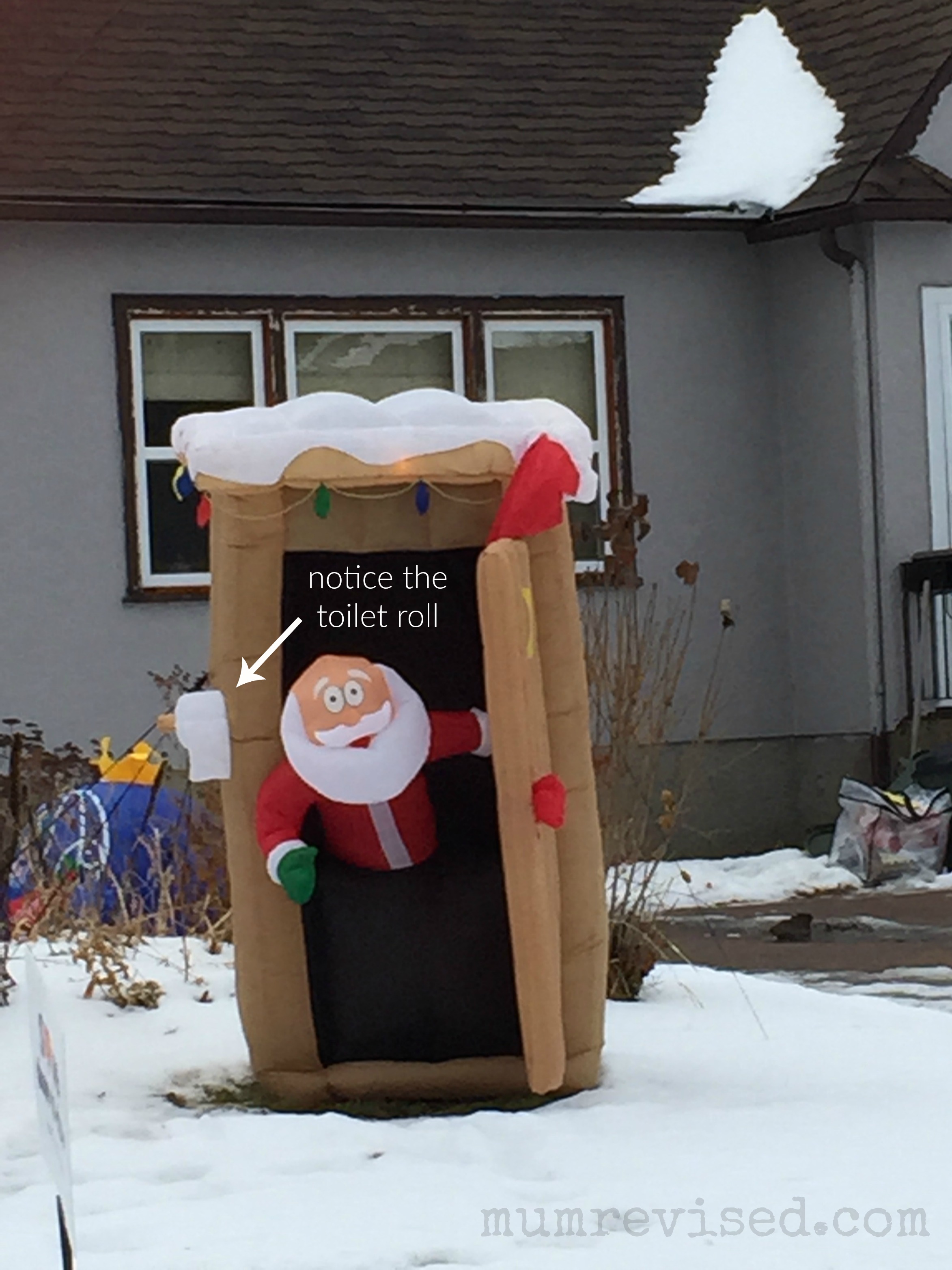 I lived my childhood with my middle brother and my father. My baby brother grew up with my mom and step-dad. As such, we were always split up at the holidays.

So one year we planned a full family Christmas with my mother, step-dad, my baby brother, and my eldest brother and his family. We were hosting the family gathering of 11 and it was going to be perfect. My mother was verging on hysterical. Nothing could go wrong, right?

My mother and step-father arrived first, in time to witness my daughter’s dance open house. While we were there my eldest brother and his family would descend on our abode so my husband stayed back to be the welcoming committee. My mom got to participate in tap class so her week was already perfect and the ear shattering screams had commenced. Unbeknownst to us, there was a spoiler in the works.

When we arrived back at the house for the big  family reunion the house was understandably chaotic but suspiciously smelly. That house had been practically hermetically sealed when I left it only an hour earlier. WTF?

You see, my nieces had never been on an airplane before and were very excited/nervous about the whole thing. My youngest niece, I will call her Angel, was so excited to be away on holiday that when she entered our house, she proceeded to throw up on everything in the foyer. Coats, shoes, hats, school backpacks. The works.

Over the course of that magical week, only two people did not join Angel in her attempt to create the most laundry in the history of the world; My husband and Angel’s mother. I was most resentful, of course, of my sister-in-law. You thought I was going to say husband, didn’t you. That would have been a good guess, but this time it was not true. My sister-in-law did not get sick because she did not handle any sick children, soiled laundry, or even a dish. I did. Because I was a good host and I was trying to keep my mother from killing her.

See, on day 4 the boys were all out for a steak dinner so it was just us girls there to bond and do laundry. My sister-in-law, with two small children sick, started packing up to go home and calling airlines because she had just had enough. Trust me, she was not alone. I had to pry my mother off her as my mother’s screams turned to shrieks worthy of a horror movie. No one was going to deny Momsy the perfect Christmas. What says perfect better than the stomach flu and fighting, right? We survived the battle, just to move onto the war.

After slaving for days with food prep including pies, dressing, morning quiches, and the like, my baby brother, who did not have any children and according to my mother will not be in the will until he does, dared to say that maybe we were all sick because of the food. Did he forget that 5 days earlier, before consuming even water at our house, Angel had given us her Christmas gift? Did he also forget the pub the boys were at while I was wrestling a sick baby into three outfits each hour while playing referee between the other women trying to bond simultaneously loading the washing machine and putting my own children to bed? See, when you don’t have children, baby brother, you are stupid about children and even dumber with girls if you don’t live with one. Now I was the one screaming.

Since my baby brother’s thoughtful comment, the 22 pounds of leftovers became tainted and only my immediate family would eat them, mainly because I forced them to. I made pasta out of a box, frozen store-bought meatballs, and smothered it in jarred sauce for Boxing Day dinner. My sister-in-law asked me for THAT recipe.

As it turned out, it was the best worst Christmas ever. I thank my family, but mostly my friend. Weeks before the big event she asked me what my alcohol plan was. I didn’t know I needed one until she informed me, as host to many family Christmases, that you have to have a plan to work alcohol in throughout your day. Champagne and OJ at breakfast, Bailey’s coffee throughout, and wine every other moment of the day. She was the real angel in this story.

Have a Merry Christmas my friends. May it be puke-free!