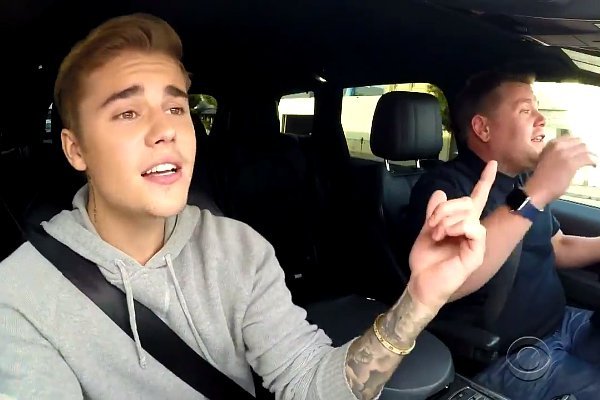 With all the focus on the US election and the rise of the Donald, I wanted to talk about a rising star for Canada. Not, as the title would suggest, Justin Trudeau, our too-hot-for-leading-the-country Prime Minister, but the Biebs. Justin Bieber. Beliebers’ raison d’etre. Bieber Fever patient zero. Canada’s own hairdo styling, song singing, badassing and baby-faced crooner. I am a fan. I wouldn’t get a tattoo about it, but I think that boy has got pipes. And I will not say Sorry about loving him.

I recently started watching the James Corden Karaoke channel on YouTube because I have no direction and I was avoiding cleaning the kitchen. I guess that is a direction in and of itself. I watched the Beiber roast and I even looked up ticket prices for his concert here in May. I thought better of it because I won’t be able to hear him for the fans’ screaming and I don’t have $1000 to spare.

For the naysayers out there, let’s talk. I mean, the boy is 21. His arrest and behaviour record reads like my high school experience. He egged a house (check–sorry mom). He said stupid and insensitive things (check). He forgot to renew his licence (check). He drove under the influence (check–sorry again). He has been shitty to people sometimes just for sport (check). He had an accident with a paparazzi van (check. My altercation was more of a telephone pole. It was in my way and wouldn’t move and there was a light involved, so samesies).

Biebs went from teen to adult to pop star in a nanosecond. I know what you are thinking because of those pesky whispers… “Poor baby. Suck it up. I wish.” But I don’t wish. Imagine the mess I would have made of my own life if someone followed me around taking pictures and audio of everything I said. I was a narcissistic beatch growing up (as most teens are btw) and I made it out in one piece. No evidence except your word against mine. No Instagram, YouTube and no texting breadcrumb trail. We are lucky. Justin is still a great kid and a talented guy. He is taking his punishments, living up to commitments, treating the world (in general) with respect and his fans with grace. I think our Justin is going to be ok.

It is the rest of the teens I worry about.

There is a rash of sexting going on in the local middle school (not, to my knowledge, my kids’ school). The pics made their way to the high school and now the high school boys are trying to get the middle school girls to party with them. Sad. You know those pictures are going to follow those girls their whole lives. If only they had the power of the Biebs to have all evidence of their skinny dipping shots from Bora Bora to be photoshopped and cropped away (I hear it was a lot of work. Good on you Justin. Shit! I just Cougared the Biebs. I’m going to hell.). Maybe Canada’s other favourite Justin can take a page out of Usher’s good friend book and have all nudity and embarrassing pictures taken of anyone under the age of 21 officially eradicated from the ‘record’ and everyone begins adulthood with a clean slate. Lovely thought.

I will leave you with these. You really get a sense of how fun-loving and easy going our Justin is. Will you be a Belieber with me? I dare you to watch these and still think he’s a tool. Inconceivable!