The Dead Series: My Brush with the Mafia 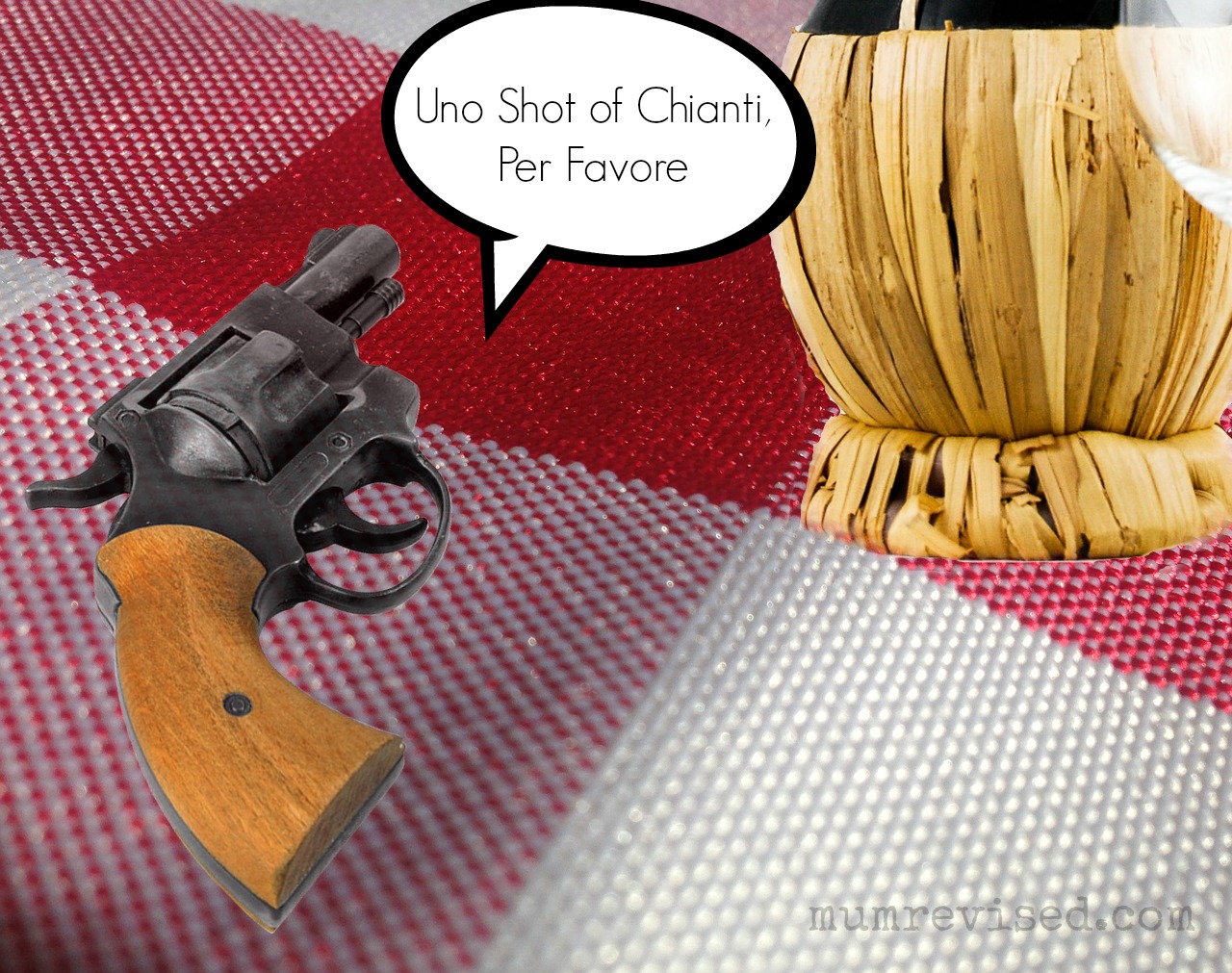 in EG, The Dead Series

Before kids, Mister and I chose Italy as our vacation destination one year because, Italy. We found ourselves in Florence where I mistakenly believed I had mastered the Italian language in our five days of vacation.

After Mister turned up a one-way street doing down, we headed to a pub to ask for directions and maybe a pint. I tried, in vain, to navigate the questions we had on navigating. Maybe it was my second pint, but I couldn’t understand the bartender’s Italian. He must have been speaking in a dialect. I pulled out the map and found directions the old-fashioned way, by getting some other guy in the bar to point out where we were going on the map based on the address I had.

We, eventually, found our lovely home for the next three days after trying to figure out the parking in Italian. I found a fellow Italian and was wildly gesticulating towards our car and the parking sign saying, “vino rosso per favore,” when he finally said, “I speak English.” I knew I should have learned how to say, “You asshole,” in Italian, but all I really knew was how to say was “red wine thank you.”

We asked for a dinner recommendation from the lady running the house we were staying at when we finally arrived. She told us that she goes to Baldini’s which was local and authentic. We walked around the corner to carb up.

The restaurant had the charm of a Wednesday-night family dinner. Each table had these giant, raffia-wrapped bottles of Chianti already open on the table when we sat down. The tables were plastic covered and unremarkable. The lighting was too bright and there were no candles in sight.

We were poured a glass before asking and Mister and I looked at each other with a, “you broke it, you buy it,” panic look on our faces. How were we going to get through that entire bottle? Better fill up with pasta to absorb the alcohol. When dining locally, no need to highlight the fact that we were tourists.

The meal was delicious. The wine was delicious. I chatted with our dining neighbours who were close enough to touch. I think some of them spoke English but it didn’t matter. I was on a wine blush and thought I was the most charming person in the place despite the language barrier.

We finished the bottle and the ample meal including dessert. We slept like lions after the feast following a month-long famine. Long and heavy. When I woke, my head was still heavy. Strange?

We avoided the Baldini’s for a day but could not stay away. We asked, politely, if we could have just one glass of vino rosso this time instead of the bottle. She spoke English and told us, “si” as she poured us a glass from the wine on the table saying, “Have only what you like.” Yeah. We were laughing at ourselves when we noticed a buzz that wasn’t there two nights ago. The staff was moving very quickly pushing two tables together, covering them in checkered linens, lighting candles that came from nowhere and changing out the chairs for ones that were not purchased in bulk. The place fell silent except for music that was, somehow added to the scene. It was not the theme from Godfather, but I like to remember it that way so let’s go with that.

Mister and I watched as the staff formed a receiving line of sorts from the door to the table and the lights somehow dimmed. Six very large men in suits walked through the line. Two sat at the table for six, set for two, as far away from each other as they could while the other four ‘gentlemen’ retreated from the restaurant. The two diners screamed in Italian to speak to each other while Mister and I ate in silence. In fact, everybody was eating in silence. I knew not to strike up a conversation that night and was glad we had cleared up the wine miscommunication.

Because of my Italian fluency, I am pretty sure they were plotting a hit on a goldfish they found on the screen door in the museum. Or they like bechamel in their lasagne. Something like that.

We ate, left promptly having consumed only one glass of wine each, as we watched our waitress funnel more wine into the bottle as we were paying. Duh?!

When we hit the street we noticed that the normally busy one-way, two-lane street was empty. I mean bulrushes blowing kind of empty. Except for several Lamborghini’s guarded by the other four large henchmen we had seen earlier. The cars were parked in front of the restaurant blocking the street altogether.

We avoided eye contact and decided that we would stay in that evening and learn more Italian from our favourite show. It was, what appeared to be, a game show and talk show mix with a bit of variety show thrown in for good measure. We lost ourselves in the emptiness of watching silly TV in a language we could not understand when we heard it. A shot. It may have been almost anything and was probably someone above us dropping a book, but it didn’t matter. We turned out the lights and slept off our carbs and one silent glass of chianti each.