Dear Mr. Kraft, I Went to a Korean Spa and Managed to Leave Happy Without the Ending 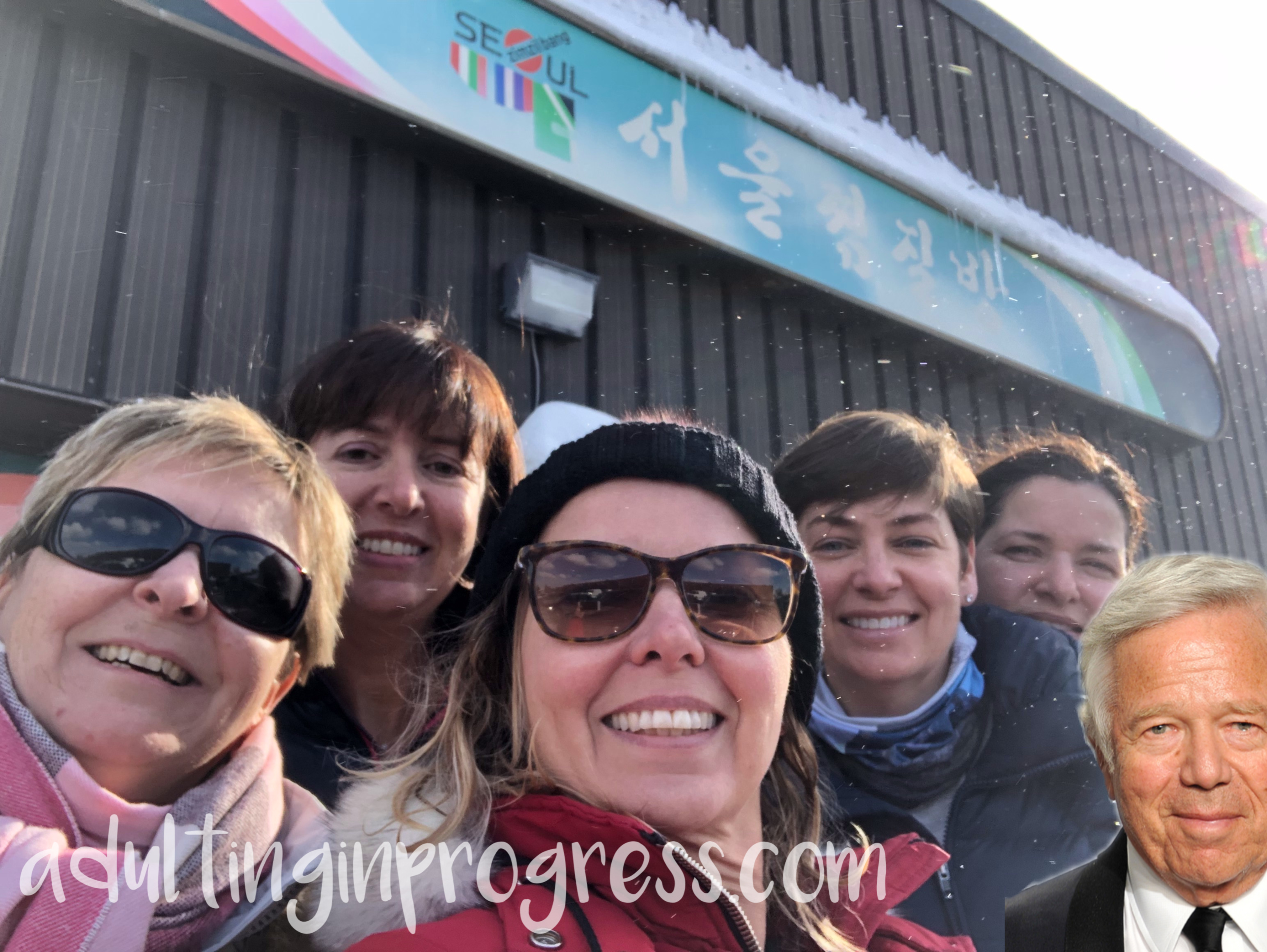 Although we haven’t met, I wanted to offer you some advice based on my own experience.

It is possible to go to a Korean Spa, get a naked scrub (no tug), leave happy, and not be arrested. I know. I’ve done it. Just to be clear, I didn’t leave ‘happy, happy,’ but I was relaxed and smiling. Not because of any indecent acts that I tipped for after star fishing on my back naked in a room with a half-naked woman. Sure, she likely saw my labia majora but I had my eyes closed so I can’t be sure. We might have to get engaged.

This isn’t coming out right but I do have some recommendations I wish I had known to give you sooner. Going to spa can be good for the Seoul if you just follow these guidelines.

Number one: If you go to a Korean Spa in the future, order off the printed menu. Sure, it is likely in Korean, but even in Korean, ‘hand job’ will not be on the list. Google translate can help you there.

Number two: Bring friends. Friends act as insulation and will ask how the massage went. It will be hard to disguise. Well, the hard part is to disguise. I mean, it will be harder–crap. Let’s just say, it will be difficult to hide your excitement if you have friends with you. “Yo dude. Put that thing away,” will be your first clue.

Number three: If you feel the need to tip $100, you have crossed the line.

Number four: Keep an eye on your surroundings. My experience at the Korean spa taught me, mostly, that I am not spending enough time washing my behind. I witnessed a fellow spa goer take a hand towel and roll it as if she was going to flick it and she used it as floss back there for, I’d estimate, a good fifteen minutes. I think if you see someone do that in the showers before your massage, you might not have such a difficult time making it through your massage without arousal.

Number five: Get the scrub. Sure, my masseuse was only wearing a thong which could be a slippery slope for some and the bed was plastic and easily washed which was also a slippery, less slopey, but definitely slippery. But, it wasn’t sexy slippery if that makes sense. Maybe red room slippery–never having been in one–in fact, the slipperiness was disconcerting, so maybe something to tie me to the bed to prevent me from sliding off would have lent a hand. None of this is helping. Regardless, my masseuse scrubbed my body to remove all dead skin cells from everywhere and it hurt just enough to be uncomfortable. In addition, the little dead skin cells created dirt worms all over me and the not-super-sexy, albeit, slippery bed in a distinctly not red room with windows. Maybe I should have lead with the windows. I feel like that would have been enough.

Hell, I am not a billionaire so none of this matters. But if I was a billionaire, I would likely not go to a public day spa and request a service not on the menu. This seems like something a billionaire should know. Then again, sometimes billionaires don’t make wise life choices when it comes to their phalluses. Or, so I’ve heard.

Anyway, Mr Kraft, enjoy your year in prison. Take solace in the fact that you are a powerful man who paid for sex instead of using your power to take it. That should be worth something, right Bill and Harvey? Also, you are likely to find relief in lock-up for less than $100 (maybe a pack of gum would be enough) and have plenty of time to roll up towels and tend to your filth. Remember to take time to floss.

Thanks to the Seoul Zimzilbang Korean Sauna for a lovely and memorable day.