Finally, I Ride a Bull Named Fu Manchu (I Named Him That) 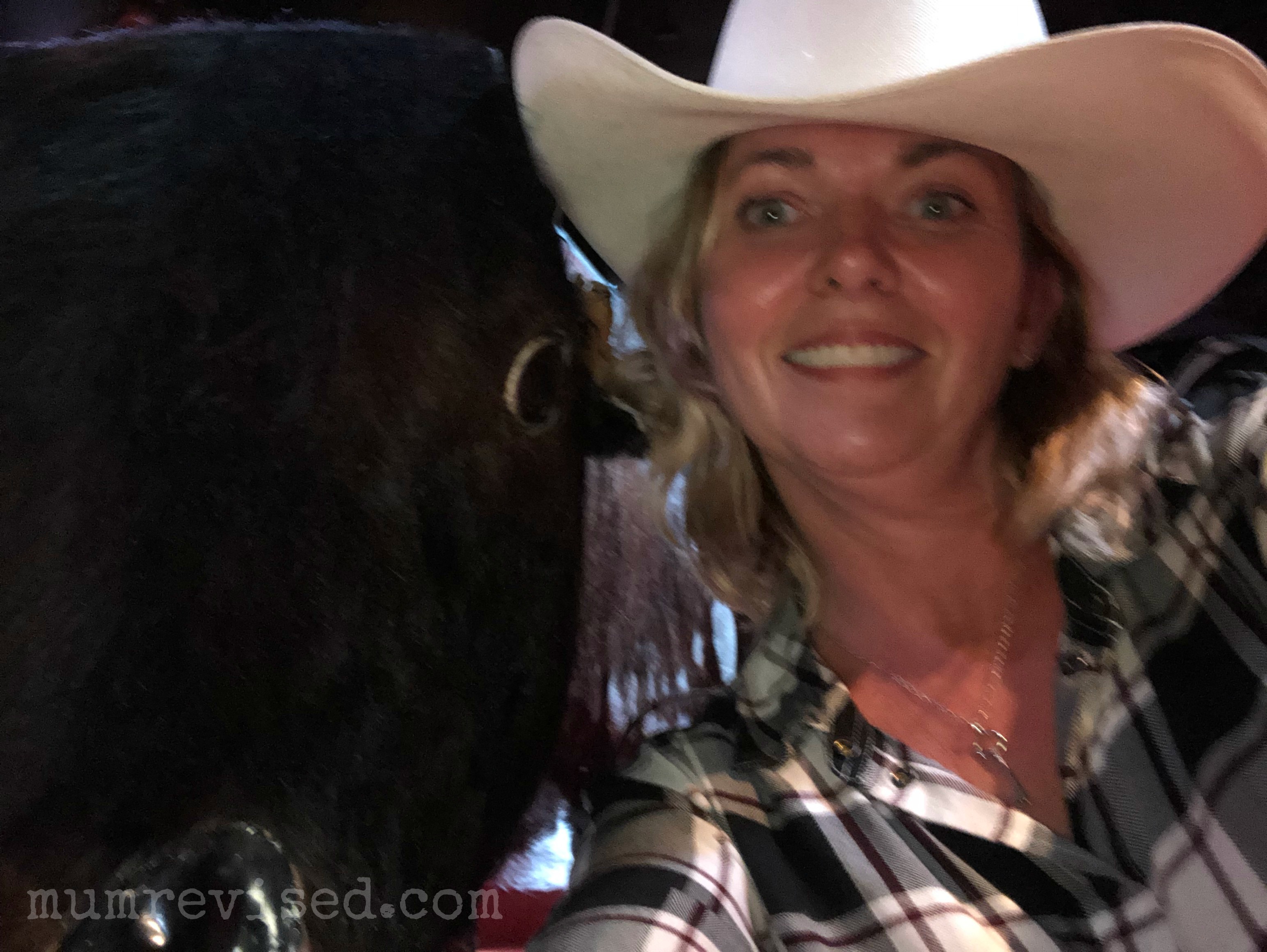 My theme song dares me by singing, “I went skydiving, I went Rocky Mountain climbing, I went 2.7 seconds on a bull named Fu Manchu.” Since I tried indoor skydiving and I am saving the real thing until I turn 60 (head’s up Mister), and I’ve climbed the Rocky Mountains by car and don’t have the desire to conquer it on foot, I had one option left.

This week, we took out the plaid and the boots and headed to the Rock ‘n’ Horse Saloon in Toronto. We began with line dancing then tackled the bull. Technically, we began with beer, but that is not really the point. I also learned a valuable lesson about my husband… namely, he is not averse to slipping the bull operator a $20 bill to make the bucking start sooner. He is smart enough not to do this for my rides because he knows who butters his bread, but our niece didn’t fare as well.

I was originally supposed to do this in February, the week after I learned snowboarding. Learned is a term I use lightly. Rather, the week snowboarding broke my tailbone and made me sit on an invalid donut to remind me that I’m too old to try new things. Seems I didn’t learn that lesson after all.

If you liked this, subscribe here on the annoying pop-up or on my YouTube channel to find out what I am up to next.

Also, don’t forget to head over to BluntMoms for the inside/behind-the-scenes review of what happened each week in my Turning 50 Like a Boss series. You saw it here first, but you have yet to know the whole story.