A Frightening Scene in Time for Halloween 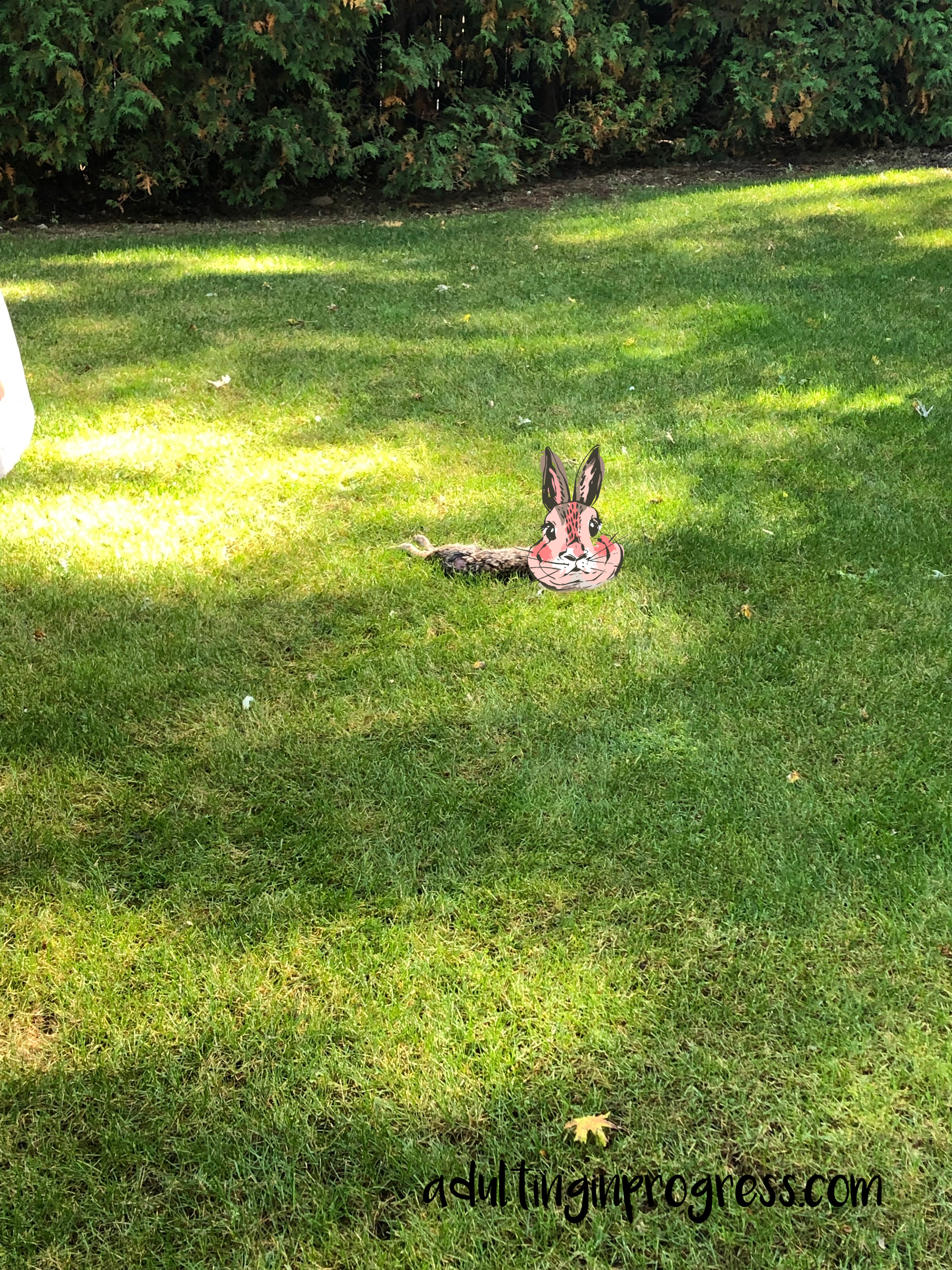 I was on our front stoop listening to how the meek will inherit the earth from two, well-dressed, readers of scripture. While I was trying to evaluate my own life (read: figure out how to politely removed the Jehovah’s Witnesses from our front stoop without resorting to retrieving my tarot cards) when I looked to the sound coming from the back yard. The gate was open, which was my first clue something was wrong. My second clue was the dog. He was chowing down on something that used to be alive. Scooby got rid of my visitors be proving the strong survive and the meek are eaten head first.

Scooby was previously an accessory to a duck murder, he killed a baby chipmunk, and he played with two different dead squirrels. This should not have surprised me then when he was biting the head off (I’m sorry, but this one is worse than the duck) a bunny. Yup, Scooby looked up at me screaming at the Jehovah’s/at him to ‘get away,’ and he had bunny fur hanging from his lips.

We’ve been trying to figure out the mystery of how the bunny died and made it to the middle of our yard. Here are the facts of this case. I’ll leave it to the jury of people reading this blog to determine Scooby’s innocence or guilt. His punishment will be the same either way–none. In fact, he might get a cookie because he may (and I stress MAY) be a murderer, but he’s just so darn cute.

Is this really the mug of a killer?

All of this investigation leads me to several unanswered questions.