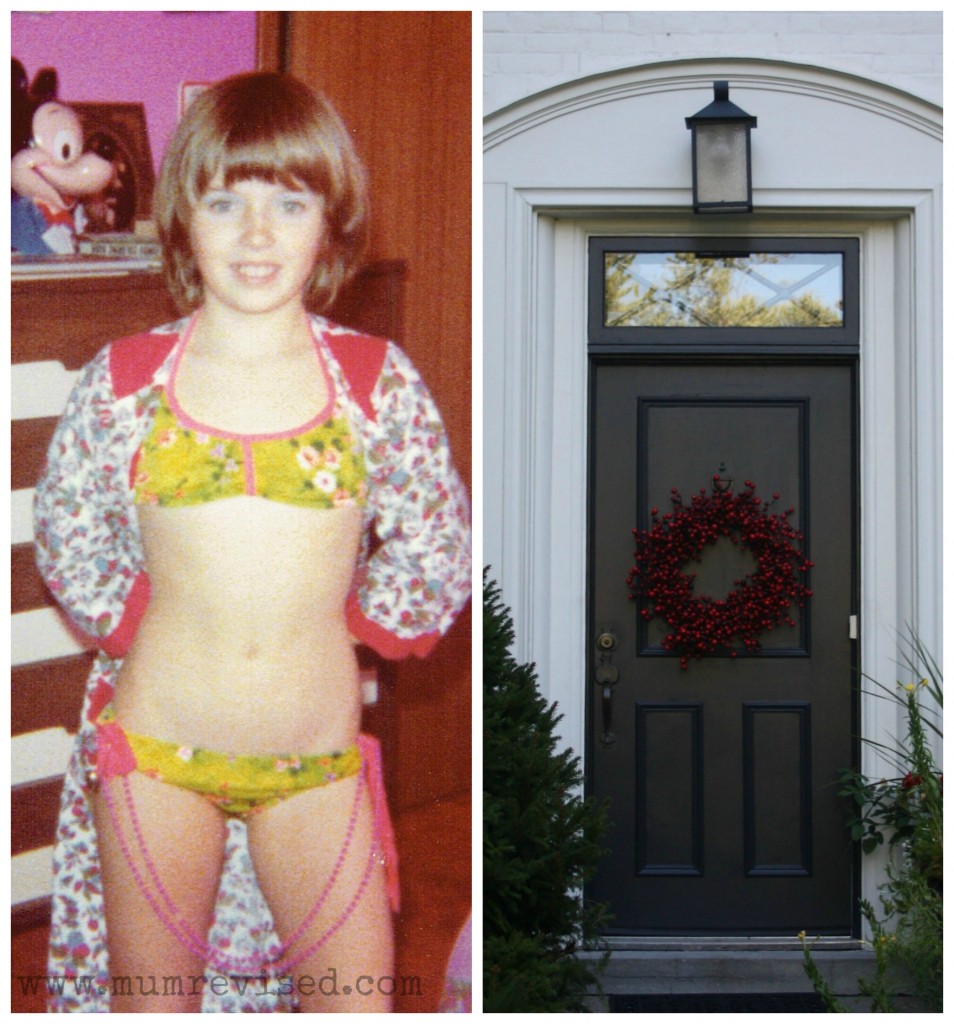 Look what a little shit I was. Blue eyeshadow no less. Look how innocent that door looks. But is that red wreath foreboding?!

As you will know if you follow along on our bumpy ride on this blog, we are under construction. As such, I had a feeling that we were giving birth a little and thought a comparison might be in order.

There are probably more similarities and if you have one, leave me a comment so I can say Huzzah! That is my new favourite word that I refuse to look up for fear it means ‘give me the car keys and give me your beer’. Shut up ghost… this is my house now!