I’ve Always Been Extra, But Now I Get Paid for It 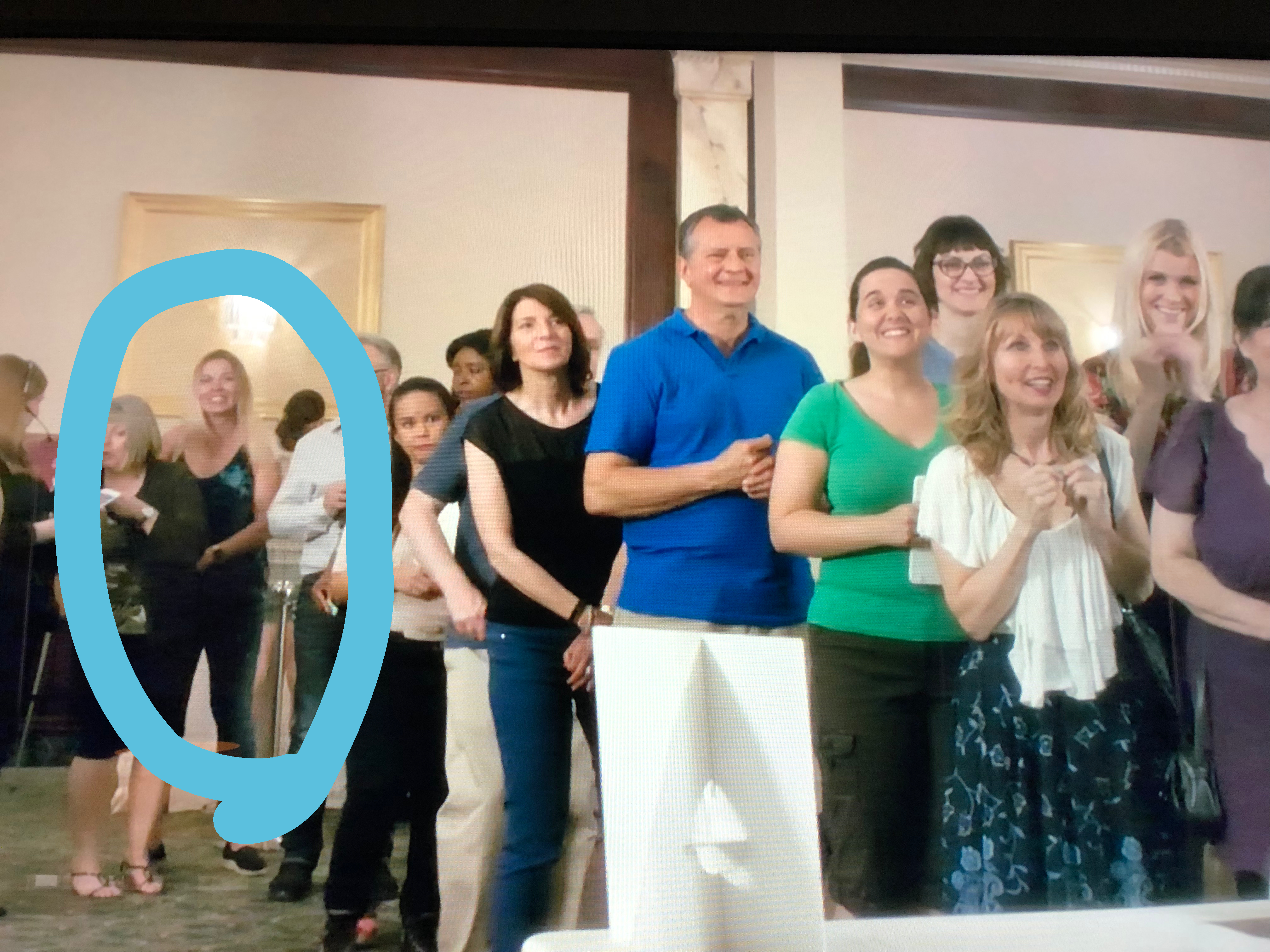 As part of my adventures last year, I decided to become an extra on movies and TV. I couldn’t film it, or even take photos, so I didn’t include it in my weekly list. I will consider this another bonus to my 50/50 project, but maybe a better bonus than the biopsy.

Because my life is crazier than running with the bulls, I’ve only been able to say yes to two of the calls for availability. I hope that I will be able to do more this summer and beyond because I’m not going to lie, it is a kick!

My first day on set (OMG I sound so cool), I was on a shoot for Schitt’s Creek. If you don’t know this show, you should. It is the brainchild of Eugene Levy and his son and they lose all their money except their investment in this obscure small town known as, you guessed it, Schitt’s Creek. Big city family meets small town and you have comic genius.

I shot three scenes, one of which was left on the cutting room floor (again with the cool). The one above I was in line for an autograph and below I was a casino patron.

To be an extra there was not much to do. I had to register with an agency, post my profile on an online casting website including pictures of myself in different ‘looks.’ I did not have to become an ACTRA member but that means I’m the lowest on the totem pole for the lunch line and I get paid less, but it doesn’t really matter.

You spend a great deal of time during the day just talking to other extras. One scene I shot (not on Schitt’s Creek but I can’t tell you where I was, yet), I was put in a grouping and between shots, we got to chatting. All of us were writers. One of the regular extras in my group said he does this to get away from his desk and get real-life conversation and experiences he can bring back to his writing. Makes sense and provides me with a reason to keep the fun going. So I am.

Four simple rules for being a background actor:

That’s about it. Now go and practice your pantomime laugh, chatter, anger, and distress. Be set-ready and be an extra special extra.