Just When You Thought Spending 2 Months With Kids is Brave… 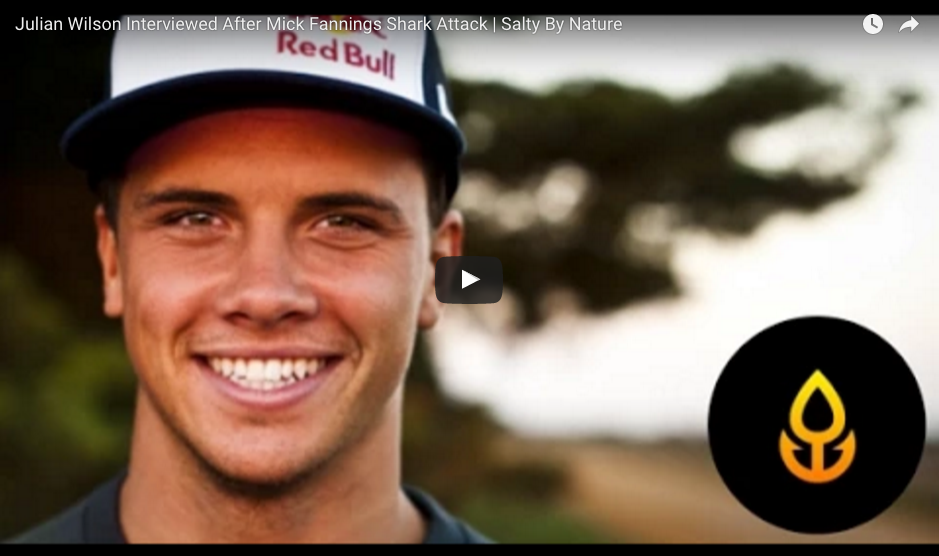 I know that mothers out there are in the heat of battle with toddlers, teens and unhappy children in tow as endless summer holidays continue (you lucky folks on the Southern Hemisphere don’t count–but I’m sure you will laugh at us while you relate). But here is a moment of perspective (that means turn on the square babysitter and grab a coffee/wine or both).

There are plenty of shark attacks that happen, many are even caught on film. What is most telling about the story of Mick Fanning’s brush with a great white during competition off the coast of South Africa is what his competitor did. He cried telling the story of his terror for his friend and despite trying to be the first there to aid him, he feared the worst. Yet, he swam. Not away from the shark attack. Towards it. Who does that?! Heroes, that’s who. Maybe blind people too, but that is a different story.

Liken that to our daily lives. This is the equivalent of a neighbour that you have had a battle over who is responsible for trimming the tree littering your lawn, offering to take your children every day for the summer because she has her degree in child minding and thinks your kids are wonderful and would you approve if she had a nanny camera on her at all times so you could watch them frolick? She will bring them back fed and bathed every night for books and snuggles. Fucking unbelievable right?!

I can not imagine what was going through Mick’s mind as he noticed what had come up underneath him. Did he wonder if he had accomplished enough in his life? Did he worry that his competitor might be under attack too or was being awarded the championship while he was punching a fucking shark? Did he regret spending any minute of his life doing laundry? Maybe he had a come-to-Jesus moment thinking it was the end. Did he think about how he hadn’t called his mum since March* and should have spent more time leaving her alone while he played at the neighbours in the summers as a child? I know my mother wouldn’t have been my last thought, but maybe it was his. (sorry mum)

I would like to think I would have reacted in much the same way as Mick. Badass really. He punched that fucker, tried to hit it with his only other weapon he had (not making judgements here), his board. He then swam to shore while he was waving his friend off. His mother was watching live from Australia. What was she thinking? She told reporters that she tried to grab the shark off the TV because who could believe what they were seeing, let alone his mother who he hadn’t called since March. She barely knew him anymore.

So when you have stepped on the 457th Lego block, played that ‘throw things at each other and see which one hurts’ game one too many times, muttered under your breath ‘because I fucking said so’ for the third time before breakfast, think of Mick. Let him be your inspiration for getting through to the beginning of school. He made it out of those dangerous waters with the watchful eye of his friend by punching the offender in the back. OK, don’t really do that unless the offender in your case is a shark and not a child. Instead, make some punch and call a friend. Together we will survive!

If all else fails, have your munchkins watch the shark attack video and at least they will no longer want to go to the beach. Patience wears out 15 times faster at the beach–it may not be scientifically proven but I bet you will all agree with me if you have ever brought a kid (any age) to the beach. I. Rest. My. Case.

*I made that up in case you were concerned that Mick isn’t a real sweet guy who loves his mum. I am certain he spoke to her before and after the shark attack. Back up or I will hit you with a surfboard! You know the last time I had a surfboard, someone got hurt. OK, that someone was me, but next time it could be you! I have stepped on one too many Lego to be rational!

One day I will tell you about my near-death shark experience. You will have to subscribe to ensure you don’t miss it 🙂 Enter your email on the right. I am lazy, so you will only get 2 emails a week at most.