A Mother’s Lament–The Case of the Earphone Snatchers 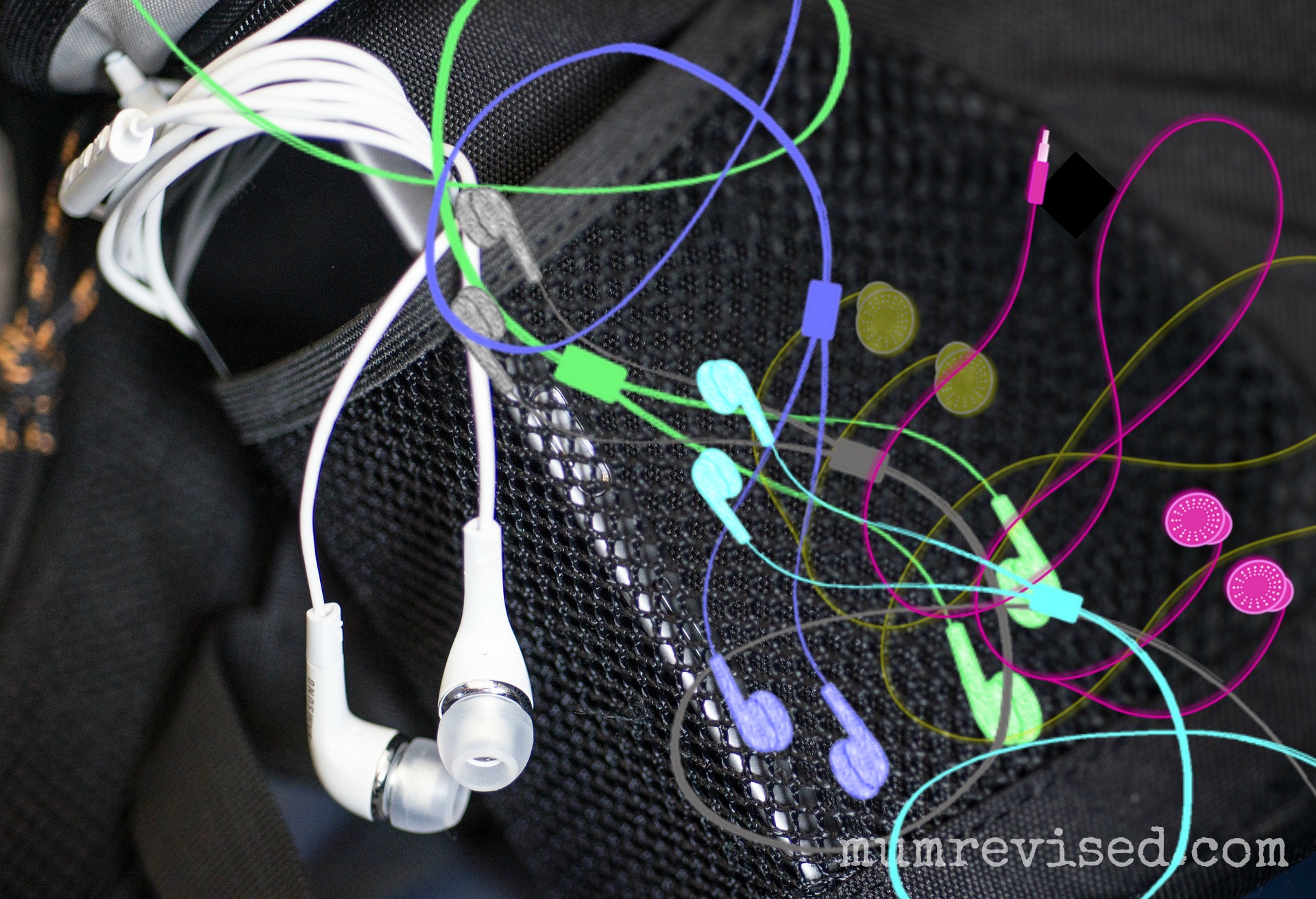 I began writing my own Netflix Series about a matter that will not make mothers laugh. I’m calling the series, “Serious Crime Requiring a Possible Life Sentence, Sweeping Households Worldwide.” That is a working title only. I might have to take out the bit about being Serious if they think it is redundant.

Here’s the problem… Not that I spend a great deal of time listening to music on my earphones, but I do, occasionally, partake in a good podcast series while I’m working out or if I’m lucky, a Netflix series. This requires earbuds so that I can hear over the noise of the rowing machine. But I can never find the damn earphones. Not because I don’t own them, you see I own plenty of pairs. It is because they disappear the moment they are discovered to exist.

It is a problem that I have tried, in vain, to find a solution for.

As I was searching for any crappy pair I started thinking about a television series that I would pitch to Netflix.

My Netflix series would highlight the plight of earphones from mothers’ handbags, desks, side tables, junk drawers, car consoles, and pockets worldwide. It appears earphones disappear at an alarming rate when teenagers are involved. There is, and I am surmising here, a gravitational pull towards teenagers directly from any earphones that was designed by Apple to promote more purchasing of earphones. Not unlike socks disappearing in washing machines, backpacks are the vortex for stolen swiped strings of sound. (Damn, that was some alliteration!)

The pilot opens on a mother searching for any crappy pair of earphones in the house. She sighs, swears, and pounds the table cursing the sky that every pair of earphones within a 5-mile radius that could feasibly be used for her enjoyment has found their way into a backpack that is currently over 5 miles away. End scene.

Next, we are in the woman’s dining room. The vibe is ‘Scandal-like.’ In the room is a giant corkboard and pictures of earphones that have disappeared is prominently displayed with several mothers in Lululemon’s pacing around. Timelines, strings attaching the photos together, possible culprit photos, and the receipts from all the earphones purchase and listed as AWOL. Oh, and they are holding giant goblets of white wine to make sure nobody thinks I am mimicking Olivia Pope on this pilot.

The mothers vow to band together to find the bandits when our heroine has an idea. End scene.

Our heroine finds herself shaking hands with the FBI Director who has promised to develop the technology allowing earphones to only work when used by the original owner. If the stolen property is placed in different ears, they emit an electrical shock, not unlike a taser. If that is too much, then equivalent to plugging in an electrical appliance with wet hands should do. (I’m not picky and will leave this to the discretion of the director.)

The FBI will develop this technology and nominate me for a Nobel Prize. I will dedicate the prize to mothers worldwide and be heralded a hero and a technology genius.

Sorry, where was I?

Right. In addition to these earphones  gently reminding the underlings that they are thieving from the woman who birthed them, they will also have homing devise capabilities in case the  darlings just shove them in their pocket or backpack somewhere between that school permission form for last week’s field trip and the science test they failed.

We close on the mothers’ partaking in a white wine celebration surrounded by found earphones covering the dining room table. The women aren’t using them, but they are smiling because they could use them at any time and know where they are. The clink glasses over the evidence. End scene.

I originally developed the series to be called, A Mother’s Lament: The Case of the Missing Earphones. But that sounds like a pansy-ass show that Fox would run instead of Netflix. Here are my new options.

If you love my silly Netflix idea, you will also love the Netflix series American Vandal–I could not watch using earphones because I couldn’t find ANY. The show is a Mockumentary about an unknown vandal who spraypaints dicks all over the cars of the school staff. It is the most clever way to appeal to those of us thinking that we don’t talk enough about the use of ball hairs in graffiti. Sign of the times, I guess. Really, it is hysterical. Especially if you have the sense of humour of a 12-year-old boy, which I clearly do.

PS: Netflix sends me cool stuff to talk about them but I would talk about Netflix anyway so the joke’s on them.