Not in The Kingsway! 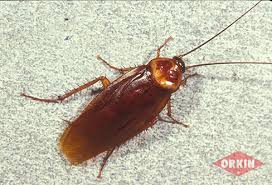 I was recently talking to a woman in the neighbourhood who follows my blog (you rock K!). She said that she liked what I wrote because it really does happen to everyone in our neighbourhood but nobody talks about it. Everyone is so worried about perfecting their Facebook timeline that they forget to be real.

So I thought I would share a story that happened to us (and probably heaps of other white folk in The Kingsway). It does NOT involve pumpkin spice lattes or yoga. This is my cockroach tale. (Hee, I just said cock).

Our house is not spotless. It has its share of dust bunnies, some with their own address. We do have a marriage-saver/cleaning-lady and she keeps those hoppers from creeping into our food, but she only comes once a week and I ignore the dirt for the other 6 days a week. But we are not ‘cockroach dirty’ by any stretch.

About 5 years ago, I came home with groceries and a case of beer. As I was loading into the house, I heard the scrape of glass on glass in the case and realized it contained a broken bottle. I immediately filed this into the ‘too hard basket’ and left the case on the kitchen counter for the better part of the day until I felt like coping.

I cleaned up the mess in time for Mister to come home and thought nothing of it, until…

One week later, I killed an inch long light brown bug on my kitchen counter. It was a kind that I had never seen before. We usually got house centipedes, grey spiders, potato bugs and the occasional earwig. This was a new one. Not a second thought. Until…I killed a second one the next day, then the next, then the next and on it went.

I finally decided to gently kill one, place it in a ziploc and google it. OMG! A cockroach! I got the bug guy on the line immediately and he diagnosed my situation. He came by the next morning to confirm that we had cockroaches, likely from that case of beer. Warning y’all, they love the beer store and boxes of potatoes and onions at the grocery store. No one is immune! Even in The Kingsway.

As I told the drama to our neighbours they all cringed and looked at me as if I was, in fact, the cockroach I spoke of. Have none of them dealt with mice, bugs or racoons before? We had to vacate our house for the day, but first we had to get everything out of the cupboards and place them on top of our dining table, coffee tables, couches etc under sheets. We all had to stay away for 12 hours, including our new puppy.

When we returned, every surface in our kitchen had this white dried-on death-liquid on it. We were allowed to clean surfaces for cooking, but not the cupboards. They had to be coated for months. Not that anyone noticed but me.

You know I saw those buggers for a month after the death was spread around the house? They really can survive anything! The bug guy said as long as we had seen nothing for 3 weeks, we should be good to polish up those cupboards. They didn’t get cleaned until we moved out a year later for fear of “the return”.

So if you want to find out what is really happening in The Kingsway, turn to me as your first resource. If you are invited to a neighbour’s house who’s Facebook status is always AMAZING!, check their cupboards for white residue and know that they are normal too and that you should wipe your glass before guzzling.