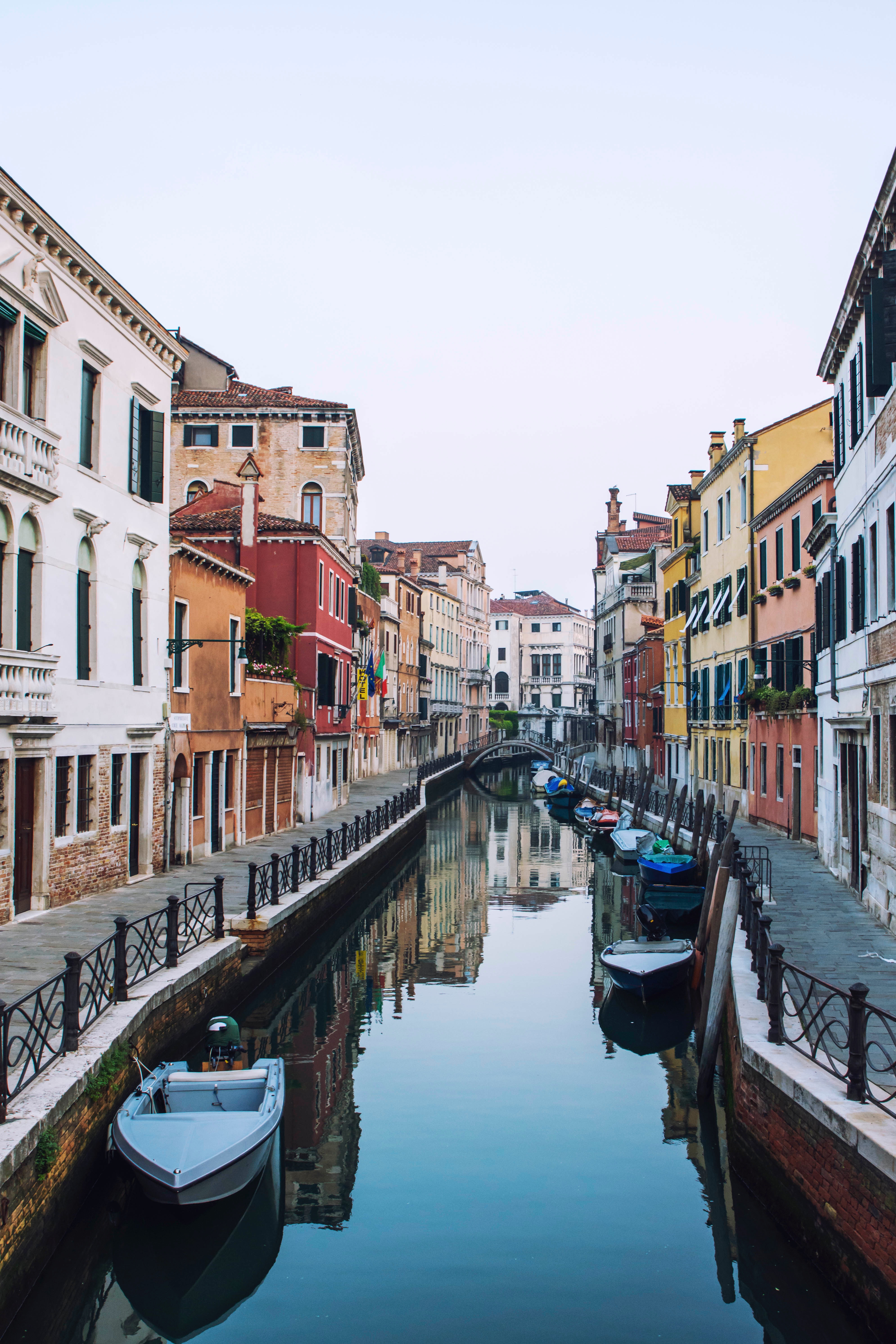 This week’s prompt… Getting Lost. You have 15 minutes–go!

Getting lost can sometimes be a wonderful thing, sometimes less than wonderful. This day it was a great day to get lost.

We were in the city of canals, Venice Italy. Our family had been travelling for five weeks or more when we got there and it was hot. Really, really hot. There was no cool breeze from the canals, there was no shade from the blazing sun despite the height of the buildings at every turn.

We had invested in a book that offered adventure throughout Venice. We were to text a number when we were ready, tell the computer how long we wanted our adventure to be, and proceed like a game of Scavenger Hunt across the city finding clues to build our own game and learn facts about the city that were not in guidebooks.

We learned of the red stone in front of one of the shrines to Mother Mary that day. It was what appeared to be a normal cobblestone under an archway of which there were hundreds just like it and one would walk right by it if you were unaware. What we learned that day was the stone was put in place to signify where the plague stopped and the community of well began. It was believed that stepping on that stone was to bring the plague to you and your family. No one who lived beyond that stone contracted the plague. We watched others step directly on the red paint while viewing their phones and had a silent prayer for them with the Mother in the wall.

We also rounded a pillar worn from the prisoners’ last attempts to gain their freedom. If they were to round the marble column with their hands tied behind their backs and not fall into the sea, their necks would be spared. We attempted the feat and were grateful the sea was no longer brushing that marble or we would have all lost our necks or at least got them wet.

It was one of these clues that stumped us all together. We were to find the statue of a woman holding a mortar and pestle. We searched for the clue, and searched, and searched assuming we were lost so we stopped for gelato to cool down and regroup. We asked a man walking by who looked to be touring a group of family around if he knew what we were looking for. He did. We needed to only look up and he told us the story of how the woman was working with her mortar and pestle when she heard the horses clod down the street. She looked to see the enemy advance, and frightened, dropped the tools on the head of the lead horseman—the captain. He was struck dead with those stones and the horsemen that followed assumed it was those standing guard to be their foes that had felled their leader. They retreated and lost the battle.

Getting lost is like that. You can be thrown off your game if you are not careful. It can make you trod in dangerous places, make assumptions that make the matter worse or fall into a sea of despair and risk your neck. If you only stop for gelato though, the cool level head will prevail and you will be found.

Fifteen Minute Fridays are stories based on writing prompts that I penned in the 15 minutes afforded to me at my weekly writer’s group. They are unedited (except spelling) and are based on one word/phrase. The fifteen minutes includes thinking about your idea, writing it down, and a quick edit if you have time. When we are done our 15-minute writing exercise, we share our stories with everyone in the room. If you played along, please share. If you read my words, please be kind.

If you plan to fact-check me on this one, remember this is all from memory and I can’t be responsible for the historical references in this piece. I had 15 minutes and no internet, folks. Oh, and I’m over 50 so the noggin is slow on the uptake.

Photo by Faruk Kaymak on Unsplash