Rules for Being a Wedding Officiant 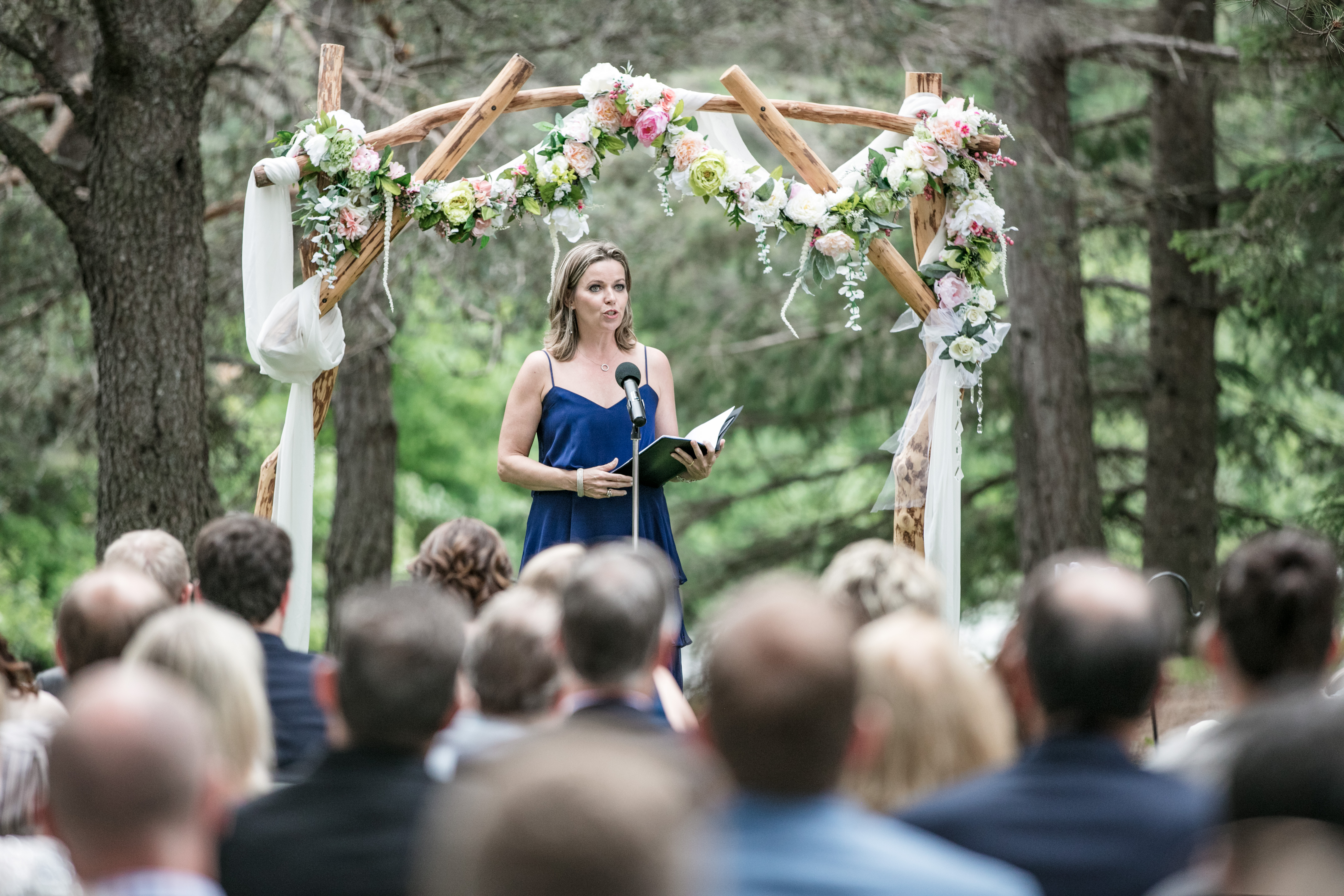 I officiated for my cousin’s wedding. I am not ordained, nor am I registered to be an officiant.

Instead, I told the happy couple I would like to officiate their wedding without taking any of the rules and regulations into account. The mother-of-the-bride (my aunt) told me of her daughter’s hesitation with all the officiants she had met. The bride was worried the ceremony was going to feel impersonal and forced and she’s a casual girl who just happens to be a brilliant scientist we thought we’d have to marry off to her horse before she met her husband. She’s complicated. This was a bigger decision than taking Latin as an elective in first year Bio-Chem (who does that?)

After the bride screamed, “YES!” when I asked if she wanted me to perform the ceremony, I told her to talk it over with her partner and get back to me. I was proud she’d already mastered the art of speaking for both of them, so it gave me great comfort in the strength of their relationship.

They discussed it and she relayed the message that I was to officiate their wedding. Then I had to figure out how to do that.

In Canada, you can’t register online for $42 and become a wedding officiant. They say the easiest way to do it is to work for the government as a municipal clerk or, become a lawyer. We have Ford in power (Trump’s poorer cousin) so working for the government would be less than ideal. As for the lawyer thing, sure, that does make it sound easy, but I’ve met lawyers who seem to think otherwise. Blah blah, years of school, blah blah, article something or other, blah blah you can’t get that done in 12 months.

I could also have become a religious officiant. You know of my recent conversion to Catholicism. The church’s view on married women as religious leaders has not yet caught up to reality so that seemed highly unlikely to work.

I did offer to attend the Ontario officiating course which is a gruelling two days on a weekend and up to $2000 with some registration costs thrown in for good measure. The couple decided to hire an actual officiant to help sign the register. She was a really generous person and allowed me to do the parts she was supposed to do, namely announce the couple and pronounce them married. (Spoiler Alert: The official officiant did those things before me but in a tiny voice while signing the register so they are legally married and not ‘Kristine married.’)

In researching what I needed to do, I found many articles like this one in the HuffPost providing couples tips on finding a wedding officiant. They suggested:

Kristine’s 9 Rules for Being an Unofficial Wedding Officiant

If you get the chance to do this, do it! It was one of the single most important things I have ever done. My kids are first and making sure my cousin’s wedding was what they wanted to represent their life together, is something I am grateful for being a part of. Now that they are weeks from welcoming their first child, I feel honoured again to have been there at the beginning of their family. Yes, I am that important. Remember that “Steve.”

Thank you both for honouring me with this responsibility Shay, Mark/Steve/Dave/Bob/John 😉 and baby Mia (did I guess right that time?)

(PS: They’ve been married almost two years–no shotguns were used in the making of this family.)