Sometimes You Have to Play Catch 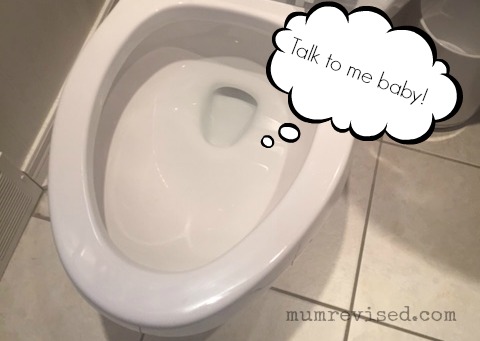 Warning: If you are eating, put down the cookie first.

It was already a gloomy autumn. Every day was rainy and cold, and the entire family was a poster for seasonal affective disorder. We needed a holiday before the holidays. We searched the last minute travel sites and found exactly what we were looking for: Cheap.

We booked our three two-star accommodations in Cuba. You know I normally only camp under five stars because I am a princess, but two days later we were in the air because mumma needed sun. We always pack a frisbee and football for beach vacations because it gets us off our asses. I don’t love playing catch. I’d much rather play ‘read,’ but the rest of the family feels the need to be active (read: Mister does). I blame myself for not giving them a proper beach vacation education.

Packed and ready, we were on our way. Shaggy was 7 and Daphne 9 and already seasoned travellers, so we settled into the airplane with all our accouterments like champs.

As the excitement of being almost at our destination mounted, we were instructed to fasten our seatbelts. I was beside Shaggy, Mister on the other side of him and Daphne across the aisle. We held hands and talked about the first thing we were going to do when we got there. Beach. Pool. Bar. They were all going to happen.

As we felt the landing gear engage, I heard Shaggy say, “Mum, I’m not…” He never got to finish the sentence. Scratch that. He finished it with an open mouth, watered down version of his plane snacks in a projectile pattern. My instincts were to catch his offering. The irony was not lost that I, in fact, was playing catch on vacation.

Panic set in as I knew this would not be the end and we were not able to get up from our seats. Mister located the bag that you think nobody ever uses and held it over our Shaggy’s open mouth. I was holding the remains of pretzels, apple juice, and raisins in a less-than-appetizing form. I was also wearing it.

As a real mummy, I had wipes with me; in the overhead compartment. Mister was on puke duty, and I was just holding. I was also leaking, staring into space, and consoling my son and husband who were both retching alongside me. One was sympathy retching, mind you, and it took all my energy not to join him.

A lovely woman from across the aisle handed me a tissue. I was unable to take it, so she put it in my lap. I was more interested in the remnants of her tiny rum bottle, but I now had a tissue on my lap like a really bad dinner party where you use your hands and eat your neighbour’s partly digested food. Count me out next time.

When we landed, the flight attendant gave me a plastic bag and a wad of paper towel that came from recycled SUV tires. I scraped myself off and had Shaggy strip and place the dirty clothes in the bag. He wore his swimsuit through customs. I wore bile and carried a plastic bag filled with more in case I ran out.

I had collected every ‘air sickness bag’ on that plane as we exited knowing the 45-minute bus ride would be equally as charming. It was. Those bags were my friend.

Although I sanitized about fourteen thousand and fifty-two times, I still needed a long, hot shower and a desperate change of clothes by the time we got to our meager room. The pool, beach, bar, and frisbee would have to wait. Ha. I ‘threw’ that in to see if you were paying attention. By frisbee, I meant book.

We had one cot in that tiny room we called the puke bed. Shaggy used it that first night while Mister and Daphne went for dinner. I dabbed Shaggy absentmindedly with a cold cloth. I caught plenty that night, including the stomach flu, and spent the next two days somewhere between the bathroom floor and the puke bed myself.

Day four of the holiday we were all feeling slightly uneasy when we decided to take in a movie in the room just in case I couldn’t make the bathroom in time. Shaggy was happily jumping around having fended off his nausea. I was still running slow. Mister was all right except that his wife was shooting him the stink eye for saying he hadn’t been able to eat much that day. Poor baby! (That was sarcastic in case you couldn’t tell.)

This time Daphne, lying on the big bed started her sentence with, “Mum, I don’t…” I caught it again. Mister ran to get supplies. In Cuba, they apparently use the same company for towels as the airlines do for paper towels. We cleaned up, the boys went for dinner, and I was on cold cloth duty again.

We ate one meal together that entire vacation. The Last Supper (capitalized on purpose). Mister didn’t play football or frisbee. In fact, he didn’t catch anything at all. No stomach flu, not even a fish, or a ride to the nearest five star. It was our last vacation I plan to play catch, and I have since convinced Daphne that catching some shut eye in the sun is wiser.