The Dead Series: That Time I Almost Kissed a Twister 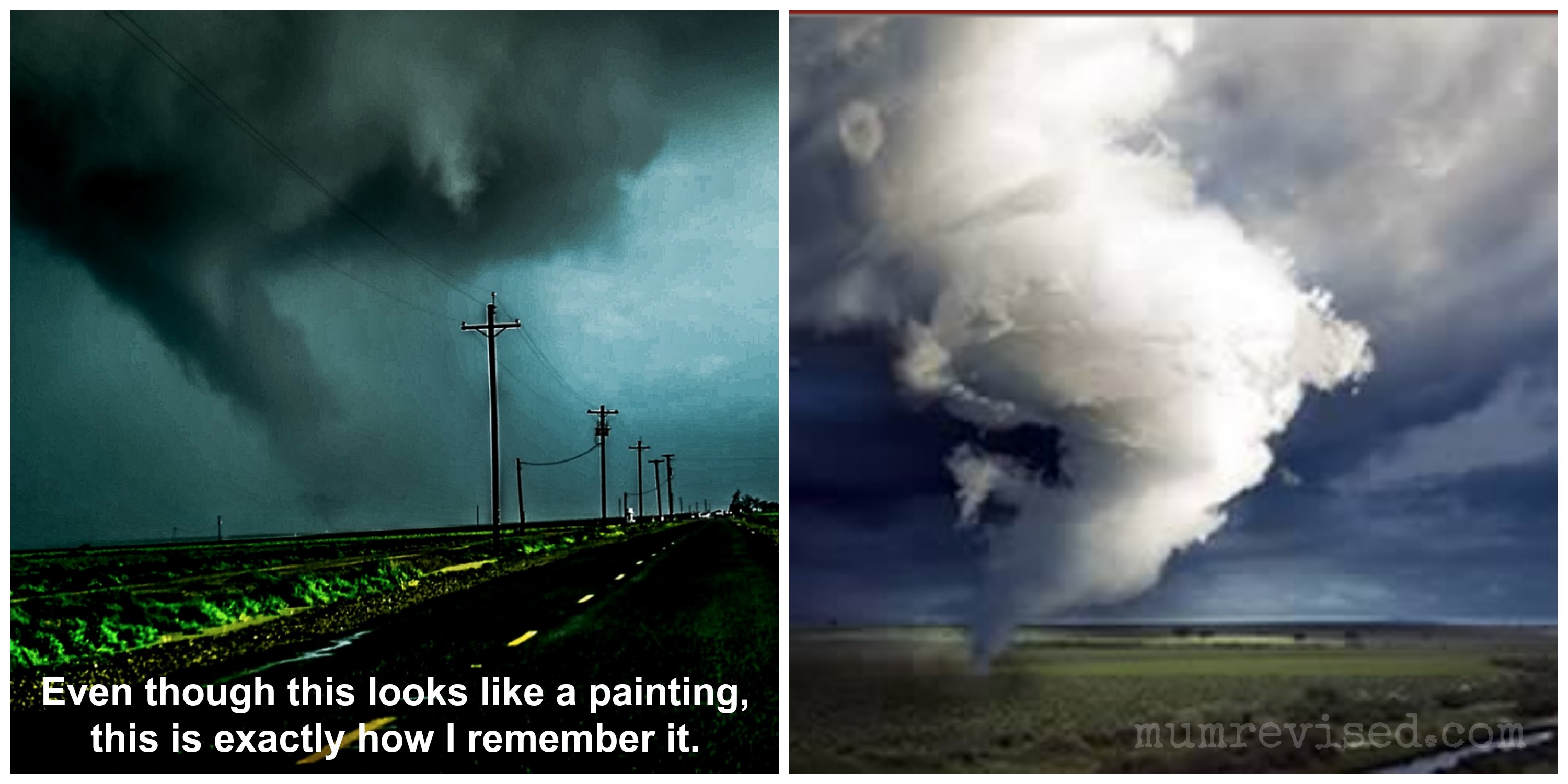 in EG, The Dead Series

Before we had kids I had a job. My job rarely included travel with two exceptions. I spent a glorious weekend in downtown Minneapolis. I actually like Minneapolis but that downtown is scary on the weekends. It becomes what Oakland, California is pretty much all the time (sorry if you are from there–trying to be funny, don’t stab me and put down the gun).

The other travel was an entire week starting in Vancouver and working my way south down the west coast of North America. I spent my nights cruising the Lavalife phone system and the competitor’s systems. Essentially being trampy on purpose. During the day I would drive around to areas that our existing markets didn’t reach and pick up local newspapers and check out the personals. Like, totally normal right?

I got to do some fun stuff too like hanging out with my baby brother, having my portrait done for some guy’s portfolio in Sacramento, kickin with my homey in Los Angeles, having a beer with lunch in Palm Springs and hanging at the pool in San Diego. Overall it was really stressful.

When I made it to the States from Vancouver I started in Sacramento and travelled in a rental car south towards Los Angeles. I was on the I5 and singing along to the radio to keep myself company. It was a bright sunny day and I thought nothing of it until I rounded a corner. The sky suddenly went black and I could see a violent storm ahead. The radio went dead and I was frantically trying to find a station hoping that it went out because I was out of range but really knowing it went out because I was about to die and this is what death felt like.

The I5 is just over 2 miles away from Bakersfield, California. I could see the lights of the city come to life with the dark and then portions go out. Overhead was an eery brightness. Almost a blue orange. It was beautiful and scary all at once because I had never seen anything like it. This was before phone cameras and, truthfully, I was so petrified I’m not even sure I would have thought of it.

I was white knuckling the steering wheel and watching cars line up under these underpasses. The underpasses all seemed to be taken and I just kept driving feeling somehow relieved to see other drivers still moving too. The wind was whipping against the car bringing with it debris and sand from the roads and it felt like the tires were not always on the ground. The sound was a cross between deadly silent and a violent roar.

It was then that I saw the touch down. The tornado went from funnel cloud to fucking crazy in the flash of a second and I just kept flooring it. I figured if I just kept moving, the tornado would move past me and not hurt me.

What I remember most was the feeling of black. It faded to light just as quickly as it came. I don’t think my heart had ever beaten so fast. When the light returned it was time for sunset. I drove another half hour and found a gas station. I was shaking like a leaf even though the threat was obviously gone. I was upset by the normalcy of everyone walking around the shop and tried to pour a coffee from the vending machine when a police officer spotted me and asked if I was ok.

I wanted to fall into his arms and cry ‘NO!’ but I contained myself and asked if driving had been a good strategy versus sitting under the overpasses.

I am paraphrasing because it has been 16 years…

“Ma’am, I always think getting the hell out of the way is the right strategy. Sitting there waiting for that twister to take you up and away seems like a bad plan.” He may have been just trying to calm me down. Whatever he said did the trick and I made it to my destination in time for wine o’clock.

If I had pictures of that day it would be these. So pretty and yet so frightening.

If I had a picture of me on that day it would be like every one of my masthead photos (only 16 years younger which means I would look exactly the same). After that experience, I have a new appreciation for storm chasers and I have one word for the lot of you–why?!