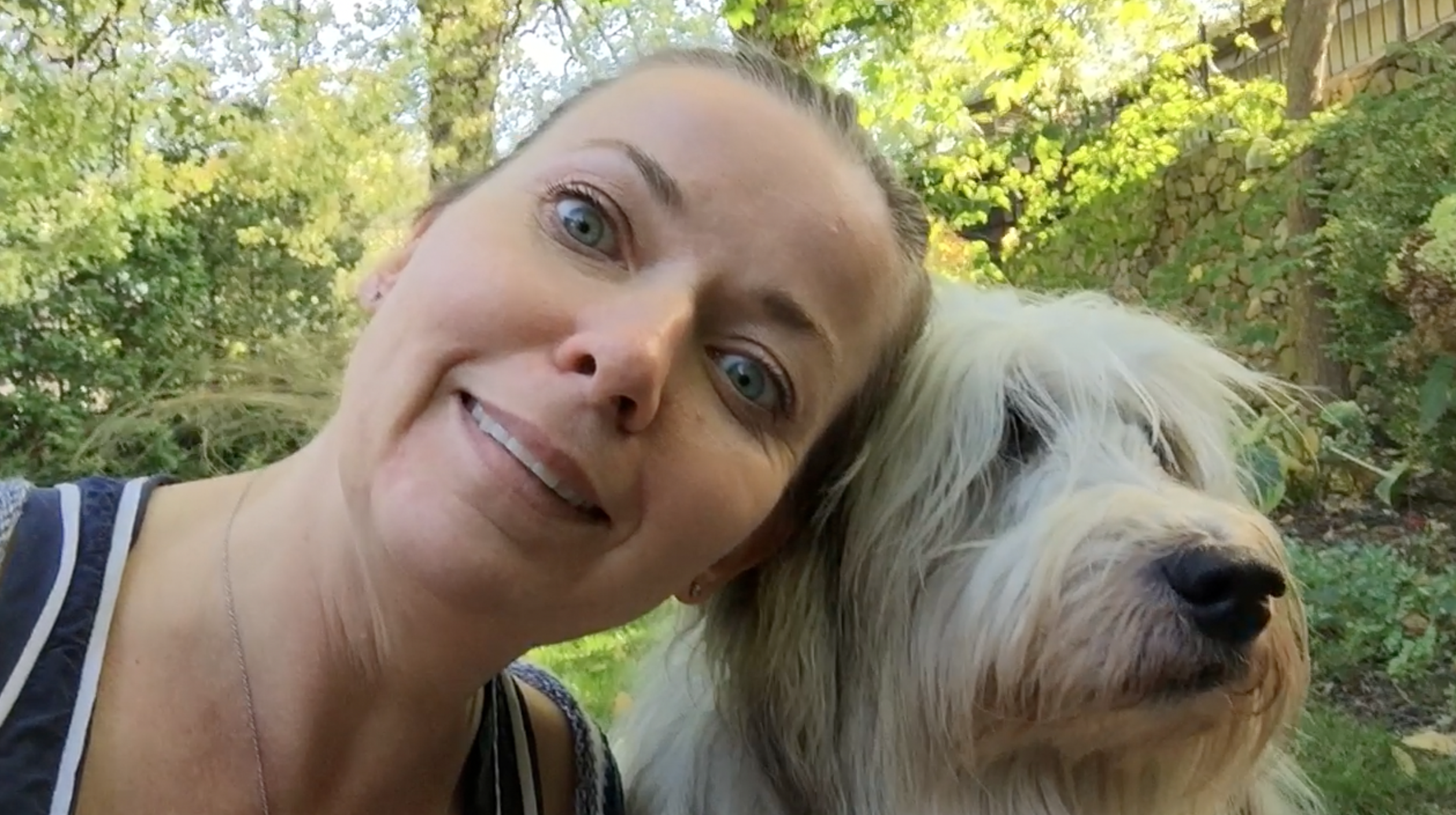 I thought it was a lofty goal. 52-year-old Scooby (dog years of course), has resisted fetching his whole life. He’s a herding breed and, as such, thinks that herding his ball to his favourite sunny spot is his goal. If that was also my goal, then I would have got it in one. Challenge done. Move on. Such is not the case.

He’s also a talkative dog. Always grumbling about something or other. So, why not teach him to say ‘Mama?’ He would be my first baby to have mama as his first word. Noble endeavour.

Considering it was eight days worth of attempts, the real winner here was Scooby. His treat allowance for the decade is complete even if his challenges are less than complete. Sigh.

Next week I try welding. Don’t worry, I’ll try and avoid the emergency room and I’m bringing some friends.

Learn everything you didn’t see in the video on BluntMoms HERE.

If you liked that video, you might like more about my 50 weeks to 50, or my dog Scooby.