Watch Out for Pushers 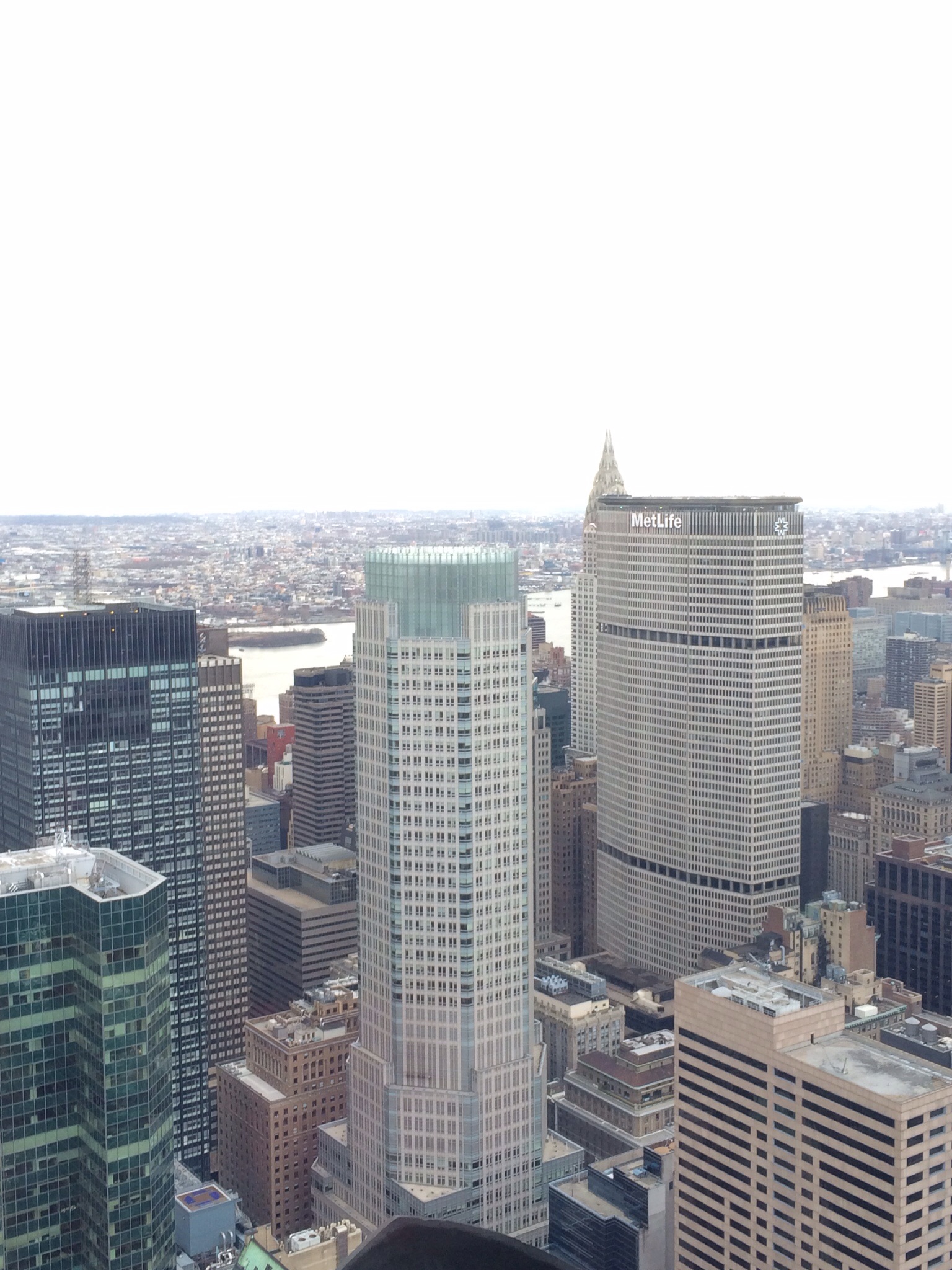 I have been spending this week with my girl, Daphne, in New York City. Along with the Macy’s

parade, Top of the Rock, Times Square, shows and shopping, she has had an introduction to New Yorkers. This is the first list of why I really love New York.

Of course we had to have New York pizza and Ray’s was the go. The lady who was two in front of us almost wasn’t served. She asked if there was any triangle cheese slices.

‘No, but I was wondering if you had any in the oven.’

The nazi proceeded to take the order of the person next in line but was interrupted by Carolina – that’s what I am calling her because of her accent.

‘Are you going to make any cheese triangles today, tomorrow or this week?’

I get the impression he took cheese off this week’s menu, for realz. I love New York.

We were at a local restaurant and the hostess was a large woman with bright blue 80s eyeshadow, a little kid headband, a Christmas tie and her buttons were done up incorrectly. There was no size 2 perky girl in black to be seen. She spoke in hashtags.

She was collecting menus, dropped one, acknowledged that she had dropped it by looking at it then walked away leaving it lying on the floor.

Later, she was seating two people and they asked her for a table for four. ‘Ok, you can sit here but if two more don’t join you soon, I am moving you out.’ I was scared for them. I couldn’t see her but was pretty sure she gave them the stink eye with her blue shadow accent.

Same restaurant, our server was an older gentleman who spent time each morning feathering his hair. When I asked for my eggs poached he said, simply, ‘No’ leaving me to interpret what that meant.

We were seated in a high traffic area right near the door. When he walked by, he would swear under his breath. Usually it was a Jesus Christ (which may not be a swear to some but to me it is ‘Thou shalt not’ and all). But he said fuck once and fucking hell too. By the time we got our bill I was in tears and Daphne wasn’t even trying to control it because she was laughing too. At final count, unless he was coming to our table for something, he muttered peofanity 5/7 times he passed us. I love New York.

4. Watch out for pushers

The streets of New York are busy enough, but Times Square on Black Friday takes the cake. As we walked at a snail’s pace with the crowds, I heard a distinctly New York accent behind me say to her companion ‘watch out for pushers’. Good advice. Turns out she is the pusher (whether she has taken the first step to admit she has a problem with that or not, I am unsure). She just about bowled me over. Thank goodness for all the people as the crowd, literally, supported my fall. Then she pushed Daphne with the same result.

We still have two days left. Please keep it coming New York, I can’t get enough.

Instalment two: NYC Change rooms. A place we can all fit in.

Both coming soon to a blog near you. Actually, really near me and only near you if you subscribe… Subscribe now before I beat your ass. (Sorry, I think I have begun to change already). I meant to say in my Canadian: Please subscribe please. But, only if you want to and you can always unsubscribe you know. Never mind, I was asking too much. Sorry. Thank you. Sorry.