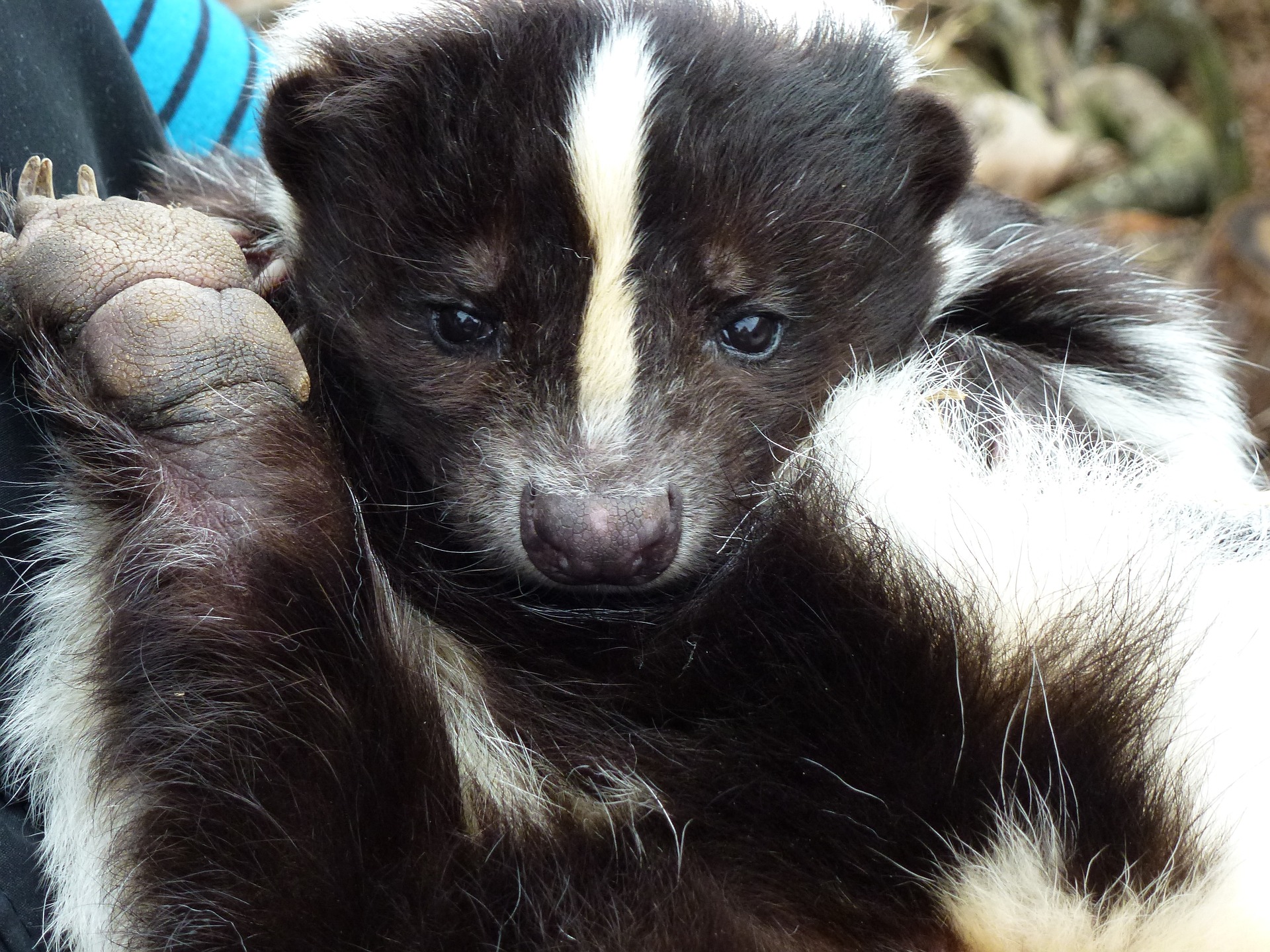 This week’s prompt… Skunks. You have 15 minutes–go!

It was a late morning. We had company the night before for a lively dinner and the kitchen was already clean so there was no rush to begin our day. Then I heard him. He was barking at the back door as if he was outside. Strange? I turned off the alarm and went down the stairs to tend to Scooby’s stomach and turn on the coffee maker, not necessarily in that order. His soft face peered at me through the divided glass French doors and I knew we had been lucky. We had left our fur baby outside for the entire night and the gate had not yet been installed.

I let our hound in before I had had my coffee, and proceeded to snuggle him relentlessly. I noticed he smelled bad but assumed it was because he had spent the night on our newly paved driveway to ward off the cold of the fall darkness. His normally silky snuggles were sticky and unpleasant but I had some loving ground to make up having chosen that last couple of glasses of wine in favour of remembering my obligations to my hairy companion.

When I had completely saturated myself with his new musk, I called his groomer for an emergency appointment citing his eau-de-pavement and tacky exterior. When I put him in the car, giving him a bum boost as per usual, I noticed that the pavement did not quite smell like my dog. In fact, my dog smelled more of rodent then of bitumen. Skunk.

No number of cans of tomato juice or bottles of hydrogen peroxide could combat the sheepdog’s new odour or the tang of the skunk oil that now adorned our newly renovated abode. He was a walking advertisement for the problem of coyote deaths the local news had reported. Others crossed the street when he neared and looked over their shoulders to find ‘that smell.’ Yes, it was our long-haired companion that we now affectionately called Puppy LePew.

Fifteen Minute Fridays are stories based on writing prompts that I penned in the 15 minutes afforded to me at my weekly writer’s group. They are unedited (except spelling) and are based on one word. The fifteen minutes includes thinking about your idea, writing it down, and a quick edit if you have time. If you would like to play along, get your pen an paper ready.

When we are done our 15-minute writing exercise, we share our stories with everyone in the room. If you played along, please share. If you read my words, please be kind.

Image by Vicki Roberts from Pixabay