Ladies and Gentlemen, Fasten Your Seatbelts 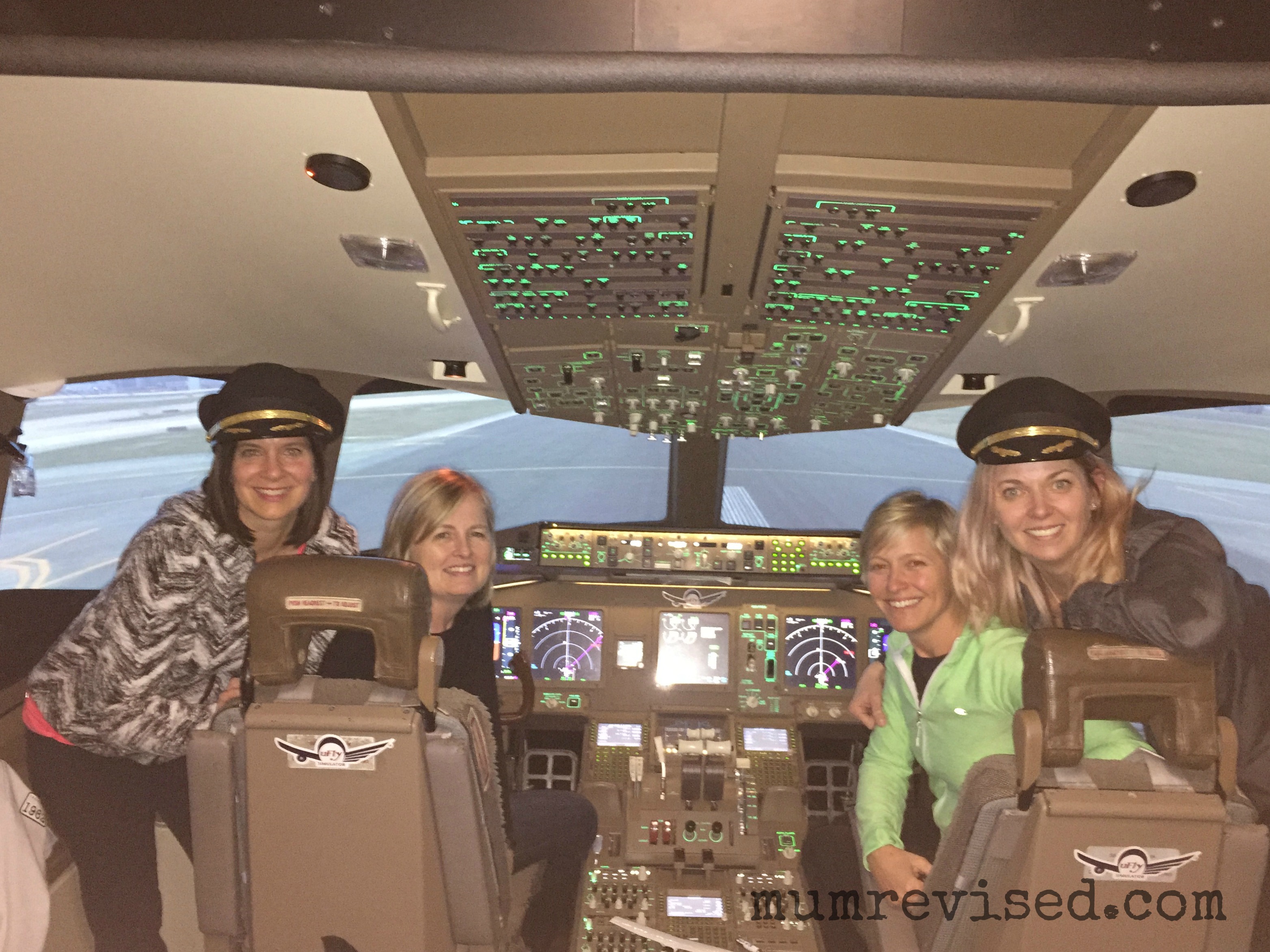 I flew a plane last week to Hong Kong. Not a plane, a Boeing 777 jet with 410 passengers. I don’t start small.

Before you panic, it was in a simulator and a real pilot, Luigi (he’s from China), had the reigns the whole time. I honestly had no idea how tough it is to fly a plane. I fell into bed at 9.20pm and could have slept the entire time from Hong Kong to Toronto had the alarm not signalled the fun was over.

I had a great time in the simulator. I learned a lot about the job of being a pilot, how to order coffee from the cockpit, and that all of those buttons you see are mostly backups to the buttons you need. I was reassured. There are three of everything except pilots. Remember a time when you had a third pilot in the cockpit? This was before they even had a door and/or locked it. Many moons ago. Like when saying many moons ago seemed cool.

Now they only have two pilots doing the job of three. Hmmm. That one stuck with me. The guy/gal they kicked out of the club was the engineer. They were responsible for making sure all the electrical systems were operating and fixing the ones that weren’t working. That seems important. The other topics I was interested in was the dumping of fuel and bird strike.

Fuel dumping: I imagined a home, unable to hotbox their own backyard because they are on the flight path and their property is covered in jet fuel. Not so. They dump fuel at a high altitude so as not to be as heavy if they have to make an unscheduled landing, but it hits the air and evaporates. Hotbox away airport dwellers! You are safe as long as I’m not flying the plane, then I would suggest you move.

Bird strike: 1. Birds won’t fly when you can’t see even though planes do because Luigi says, “they don’t have instrumentation.” Makes sense. 2. Most birds will drop when they see a plane so they get out of the way. Little starlings and such just hit the plane like bugs on a front grill. It is the big birds like geese, eagles, and turkeys to watch out for (that last one was to make sure you are paying attention). They hurl dead chickens from a canon at the windscreens to test them. I suspect they are organic based on the price of airline tickets these days.

That’s all I’ve got for you… oh, and a video of the madness. Enjoy!

BTW: Remember I told you that my 50/50 reflections would appear on BluntMoms? The madness has begun. Start following along by subscribing to updates or watch the sidebar here —–> for new images under, ‘What I Am Saying on Other Sites.’

These articles are the ‘what am I feeling’ of all of my adventures and completely separate from what you’ll read here. They are also the start of my book (WHAT?!)–working title, “Turning 50 Like a Boss.” You’ll all buy one as my birthday present right?!

My world continues to be more exciting than I deserve. I am thankful you read this far. If you liked this, subscribe here on the annoying pop-up or on my YouTube channel to find out what I am up to next.