Having a Baby in the Toilet–Easier Than You Think 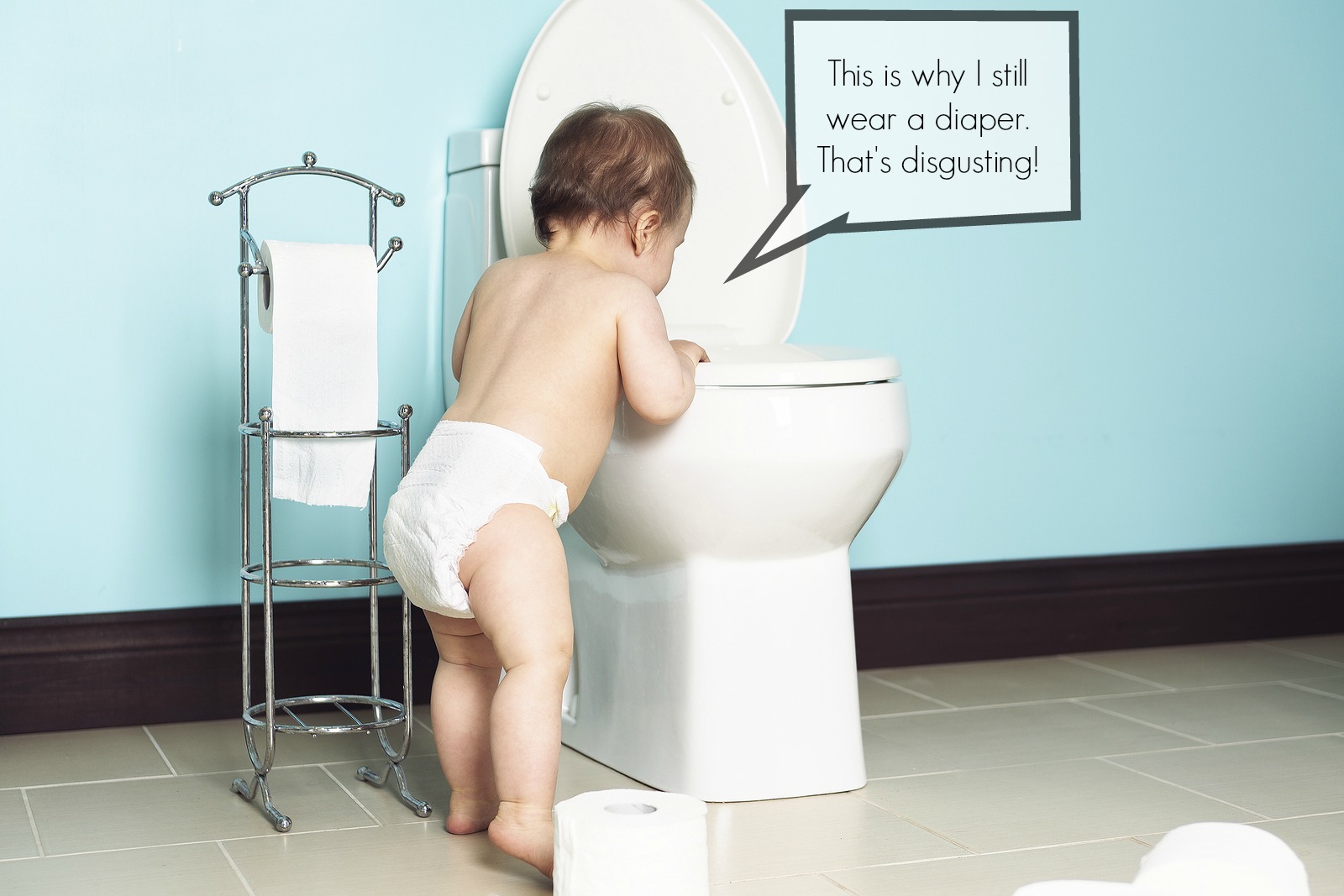 As previously proven, I am judgey. What fuels my fire are all the shows, ‘I didn’t know I was pregnant,’ ‘Hoarding, Buried Alive,’ or, ‘The Man with No Penis,’ and ‘Strange Addictions.’ Seriously, there is some crazy shit on TV. All of it worth watching if you want to feel better about yourself and get a good ‘judge’ on.

I would like to add my own show, with only one episode. ‘I almost had my baby in the toilet.’ I was relaying this story to a friend the other day and it occurred to me that I hadn’t shared it with y’all. So, I’m sharing it now.

Daphne was born in a hospital and it was a bit of a shit show. She was perfect, I hemorrhaged and the doctor didn’t catch it. As a result, we chose a midwife to help with Shaggy’s birth. Not in a granola kiddie pool in our bedroom or, God forbid, on our bed, kind-of way. We chose a hospital to avoid the laundry and the question of ‘now how do we get rid of the disgusting water in the kiddie pool?’ Seriously, if someone could answer that question I’d be able to sleep at night.

So, we are at the hospital and I am almost fully dilated when I feel the need to poop. Sorry, did I forget to mention this might be a slightly disgusting post? Well, you are halfway there, might as well finish.

I did not want to poop on the table during delivery. I know most women do, but I thought I could avoid it since I wasn’t having an epidural. I’m classy so I thought I would go before to avoid the unsightly mess. By the way, apparently, that is not a deterrent for table poop. Table poop magically produces itself even when your bowels are presumably empty and gets swept away so quickly as to not contaminate the baby mess. So, I was kidding myself trying to class up.

Anyway, the midwife said I could try to poop but not to push, because babies happen when you are dilated and push. I sat, had a contraction, kept sitting and had locked the bathroom door to avoid people walking in. Not sure why, there were only three people there and they had all, not only looked at everything there was to see, they had all felt all there was to feel. Apparently, I draw the line at poop. Always have.

So I sat. Every few minutes the midwife would gently rap on the door and tell me not to worry but she had to check me. She had the most gentle sing-songy voice that if I hadn’t been in labour, I might have been lulled to sleep. I would politely (HA. Politely. I am super known for that) decline the intrusion. I was busy.

After several of these polite knocks, I started hearing the elevated whispers. Mister was being coerced into sweet talking me out of the locked room. Gotta say he was as subtle as his wink wink nudge nudge when he wants, you know, pizza for dinner. ‘What can I do for you to unlock the door sweetie?’ he would say. ‘Diamonds*,’ said I. He acquiesced. I opened. Shaggy born on a table as God intended with or without poop we will never know.

I did not have a baby in the toilet, but I completely understand how it could happen. Did it stop me from being judgey when I hear more stories about women giving birth without their knowledge? Hell, no! Now I just laugh and say, “Dummy, you should have asked for the diamond, like I did, and all of this toilet water baby business could be avoided.”

Shit! I just realized how you get rid of the gross birthing water in the kiddie pool mess… kiddie pool must be a euphemism for toilet and there are even more women having toilet babies than originally reported. Clever ladies. Clever. Now I can sleep comfortably in my birthing-mess free bed.

Moral of the story… don’t be a dick and have your baby in the toilet unless you let a qualified midwife in there with you first or a reality television crew who already gave you a sizable cheque.