Introducing the Weenis! This is not a sponsored post because I’m an idiot. 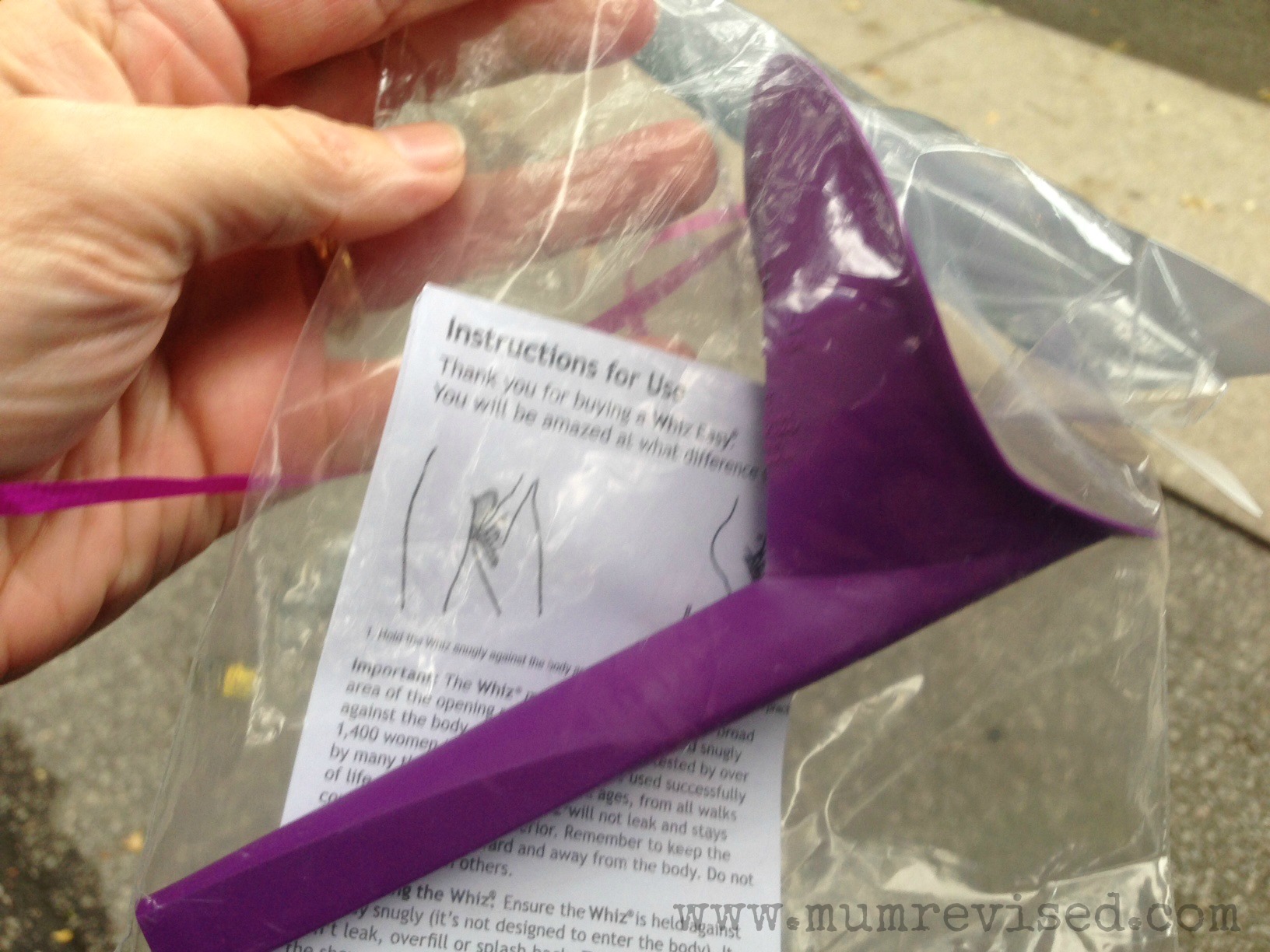 Mum Revised learns how to pee. Only better.

I went to buy a contraption that allowed women to pee standing up. My conversation with the young salesman:

Me: Do you have any of those contraptions that allow women to pee standing up?

Him: You mean a She Wee?

Me: That’s it! She Wee. That’s funny (stupid little girl giggle ensued which I wish I could have stopped). I always thought that they should be called a Weenis. Don’t you think that’s a better name?

We walked in silence. He pointed me to the rack and then left me with my shame.

My girlfriends’ and I have had many a giggle-fest about the Weenis. One of my friends is a Pathfinder and Scout mum. You wouldn’t know it to look at her, all put together and chic, but that lady-be-crazy going camping with other people’s spawn all the time.

However, it is apparently a Scouting mum secret that you keep one of these pee contraptions in your pocket when out hiking. Our friend mentioned, at GNO dinner once, that she was going to give this baby a test drive in anticipation for the upcoming hike. You apparently use it, and in the illustrious words of Taylor Swift, you ‘shake it off’ and put your pocket toilet back in, you guessed it, your pocket. The ensuing laughter almost had us forceably removed from said restaurant.

Needless to say, we didn’t like the name “the Whiz” (because it is lame) so we coined it the Weenis. We managed to work this baby into every conversation about: the meal, the wine, the company, the guy at the neighbouring table with the furrowed brow and the waiter who was tolerating us because we were drinking enough to potentially leave him an amazing tip. Well played. He was a smart guy who was even smarter for having his Weenis surgically attached at birth (that’s apparently the only way to get them flesh-coloured, not like the guy at the store cared when I mentioned it).

I bought this Weenis for my girlfriend for her 40th. Urination trouble starts earlier these days. I was thinking I should add this to the list of really inappropriate dinner party hostess gifts in my drawer, along with Cards Against Humanity (my new favourite game, but it is not for everyone) and Kraft Dinner.

As an aside, according to my recent rules, this would have been one of those great opportunities to get a sponsor. I am pissing it off it for your amusement instead. See what I did there?