Man Cold vs The Period: An Unfair Comparison 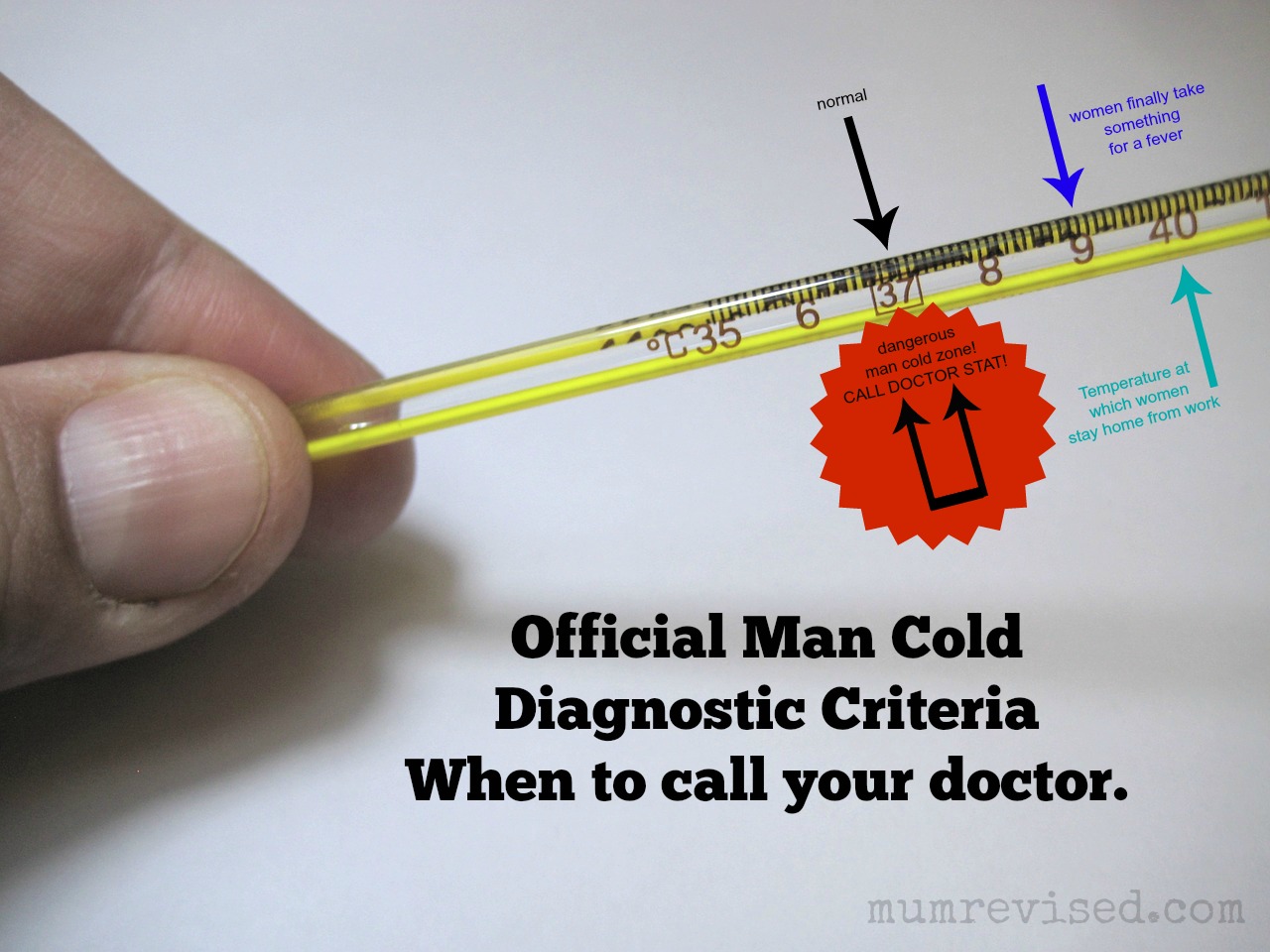 Man Cold: noun \ˈman kōld\ An irritating worldwide condition shared by all members of the male persuasion wherein a mild cold is evident but the combination of simple symptoms is apparently life-threatening, according to the patient.

Period: noun \ˈpir-ē-əd\ A monthly pain in the ass women have in common but don’t complain about.

Not because we have recently experienced any Mister man colds, but in anticipation of the weather changes and because he announced he has a scratchy throat we have been bracing ourselves. We also have a Mister Mini who has inherited the MC affliction. Shaggy had his MC already this season and it has taken me three weeks to find and clear out all the random tissues strewn amongst the smelly socks (a story unto itself!).

The boys claim that periods can’t be as bad as the big MC. Daphne and I rolled our eyes because those can sync up too. So, I present concrete proof that the man cold is nothing short of a random annoyance to the sufferer. You know I meant any female inhabitant of the household when I said sufferer, right?

I’d say that is pretty convincing evidence. If you are currently suffering with a man cold, my suggestion is to get some construction ear muffs, open the wine, and close your eyes in the bath. It is harder to hear the whining that way.

If you liked this, read these posts next When is it Appropriate to Ask, “Are You About to Get Your Period?” and Why I Would Rather Be a Dance Mum Than a Hockey Mum.