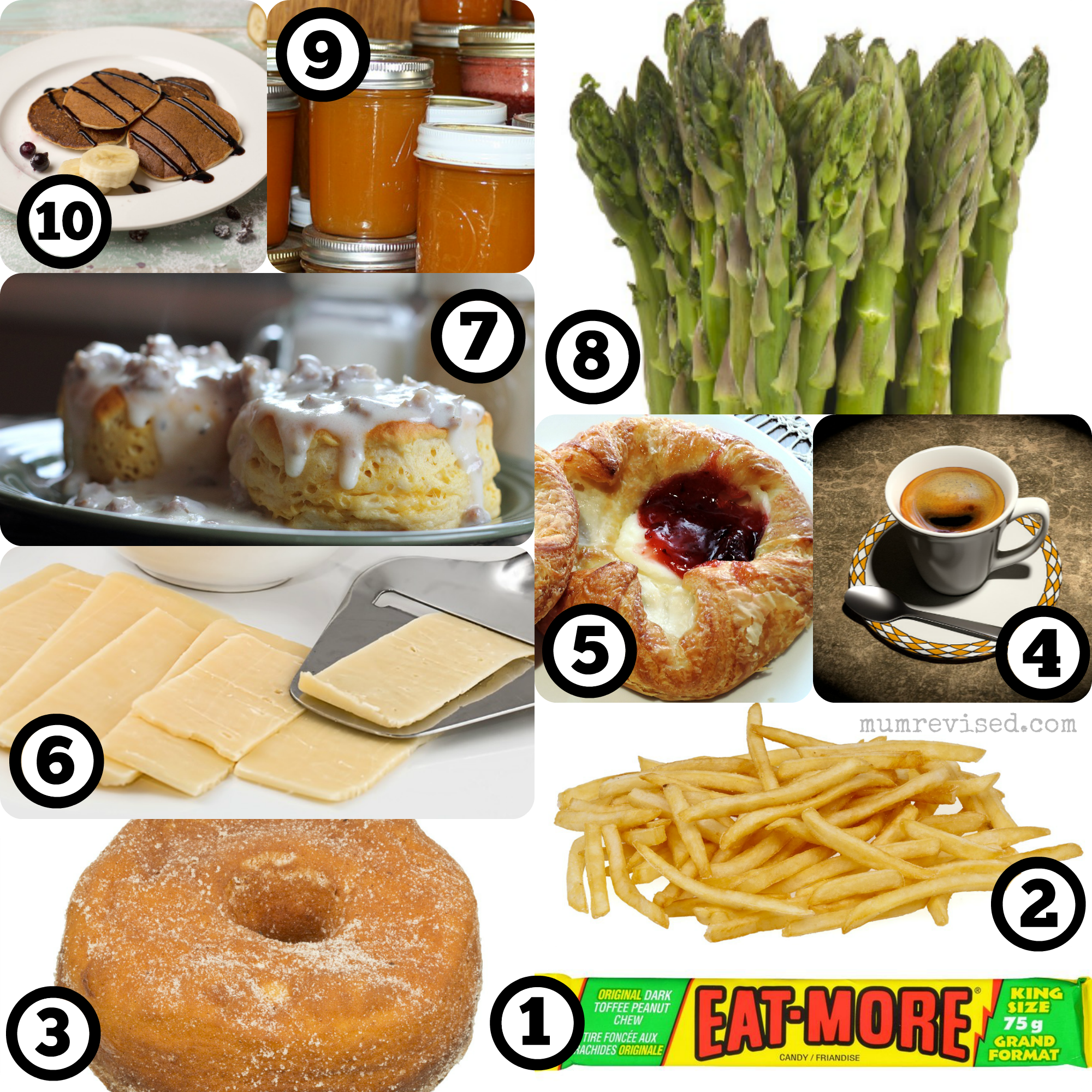 A couple of things made me write this post. One, I’m eating too much and want to cut back on my portions which means I tell myself I am constantly starving so everything is a food reference. Of course, I am not starving, just have no self-control. Two, don’t we all miss Letterman?

Anyway, I’ve been walking around looking at people, you know judging them, like we all do. And I started to fantasize about food. Not because the people I watched were eating it, although some of them were and that was upsetting because then I had to judge them for their food choices instead of some personal quality they can’t change about themselves.* No, I fantasized about food because I’m constantly starving. Keep up.

So here are The Top Ten People Reminding Me of Food

10. That flat, sweet pre-teen girl behind the cash at Abercrombie definitely makes me want syrupy pancakes.

9. Lawyers remind me of marmalade. Nobody really likes them but we all seem to have some on hand.

8. That homeless guy just minding his own business in his own puddle reminds me of asparagus at a sidewalk grocer. I’d wrinkle my nose up and walk right by both of them unless I had a quarter on me and there was someone watching my moves.

7. That smoothie bar girl with the vapid giggle is all biscuit. Just white flour and water with maybe a touch of ‘shrooms.

5. Your flamboyant hairdresser who looks truly surprised when you mention anything requiring a third grade education is like a flaky, fruit-filled pastry.

4. All the boys I was ever attracted to were like good strong coffee. Dark and bitter.

3. That very large man shoving his face full of something coming from a paper bag is totally a donut. A giant hole on the inside that is never filled while soft and squishy all around.

And the number 1 person reminding me of food is Donald Trump. It would be easy to say he is an orange or cheesies, instead, I will say he is an Eat-more bar. They are both nutty, sticky, make you want to wash your hands, and no one really buys what they are selling**.

*That was a joke. I prefer to judge people for what they are wearing or their zits so I know it is fair to judge me right back, because of samsies.

**Eat-more, you know I love you and I am probably the only person still keeping you in business (not a Trump reference). But, you are not a chocolate bar and should be placed with the health food snacks because peanuts are protein. Understand your place. (That is a Trump reference.)

Who else makes you hungry? I know you have one for me, so let me have it. Chocolate is too easy. That’s, of course, Mister. He’s sweet and creamy and I need him every day. Again. Too dirty? Perfect.